An exhibition of paintings and photographs in honor of Alabai puppies has opened in Ashgabat.

An exhibition of paintings and photographs dedicated to the Alabai holiday opened on Friday in Ashgabat, TASS correspondent reports.

"The exhibition presents about 100 works — these are photographs and paintings. Alabai accompany the life of our citizens since childhood, it is in the blood, it is genes, it is a tradition that is passed down from generation to generation. <...> Alabai become family members because he has always been close to the owner. They are like security guards, but they rather guard not even the house, but the tranquility of the owner," Guzel Makhtymgulyeva, head of the Department of Intangible Cultural Heritage of the Ministry of Culture of Turkmenistan, told TASS.

She added that at present, artists in their works have increasingly begun to turn to the image of Alabai. This is facilitated by the active work on the inclusion of this breed of dog, as well as the art of its breeding in the UNESCO World List of Intangible Cultural Heritage. "We are doing this work, now we are collecting relevant materials," the interlocutor noted.

In Turkmenistan, the Alabai holiday, which was established last year, will be celebrated on October 30. Dogs of this breed are considered a national treasure of Turkmenistan along with Akhal-Teke horses. In 2020, at the initiative of the President, a monument "Turkmen Alabai" was erected in the capital of the republic as a sign of "respect and reverence for the unparalleled courage and great kind heart of these wonderful animals."
Turkmenistan Ashgabat exhibition alabai dog TASS
|
Facebook
|
Twitter
|
VKontakte
|
Odnoklassniki

Museums to be digitalized in Kazakhstan by 2025

"Heat" began in the capital of Azerbaijan 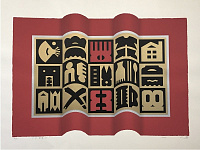 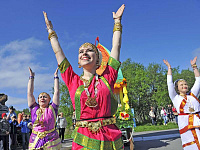