Joko Widodo ordered the country's specialists to complete work on a COVID-19 vaccine within three months.

Information about this was provided by The Jakarta Post.

"We received from heads of state order to prepare a vaccine in three months," said Kusnandi Rusmil, a professor at the Pajajaran University School of Medicine, who is developing the drug. On the other hand, according to him, the most advanced research in this area allows us to expect that clinical trials will be completed only in January next year.

The professor specified that in Indonesia the joint project of the local pharmaceutical company Bio is considered the most promising. Farma and Chinese Sinovac Biotech. As expected, human trials of the drug will begin in August.

In turn, the head of Bio Farma, Onesti Bayar, said that the corporation is ready to produce up to 40 million vaccines a year at the first stage, and then increase production to 250 million.< br>
The number of people infected with coronavirus in Indonesia exceeds 91 thousand, of which 4.4 thousand have died. According to these indicators, the country ranks first in Southeast Asia.

A stained-glass artist sets about restoring a ruined cathedral 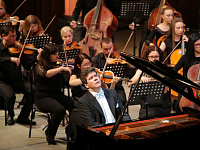 The season of discounts and sales has started in Qatar 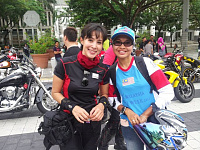 Music festival "Kharibulbul" starts in the cultural capital of Azerbaijan

The events of the contest will be broadcast in China. Rachmaninoff

Gagarin in a spacesuit appeared in Alma-Ata