The Government of Moscow and Rossotrudnichestvo will hold celebrations in Italy

On the occasion of the 700th anniversary of the creation of the Divine Comedy by Dante Alighieri, the works of two Russian composers - P.I. Tchaikovsky and S.V. Rachmaninoff - will be performed in Gradar with the support of the Government of Moscow and Rossotrudnichestvo.

They will be performed by the Moscow State Symphony Orchestra conducted by Ivan Rudin. Two concerts - on August 21st and 22nd - will take place outdoors under the walls of the castle-museum.

On August 23, a creative team from Russia will perform in Pesaro. The Rossini Opera Festival has traditionally been held in this city for more than 40 years.

The festival program will feature not only Rossini's music, but also operatic masterpieces by other composers. As part of the Day of Russian Music, the Moscow State Symphony Orchestra will perform fragments from Rossini's operas, and in the second part of the concert, Rachmaninov's 3rd concerto for piano and orchestra will be performed.

Italy is traditionally one of Moscow's key trade and economic partners. Over the past few years, it has firmly held its place in the top five in terms of mutual trade among the foreign partners of the Russian capital. Along with this, Moscow maintains close contacts with Italian cities as part of the exchange of best practices in the field of urban management and the development of cultural cooperation. On June 6, 2019, within the framework of the St. Petersburg International Economic Forum (SPIEF), a Memorandum of Cooperation between the Government of Moscow and the Municipality of Genoa was signed for two years.

In 2021, within the framework of SPIEF, the President of the Italian-Russian Chamber of Commerce Vincenzo Trani was awarded the Prize for International Cooperation and Development of Foreign Economic Activity, established by Chamber of Commerce and Industry of the Russian Federation, ANO "Moscow Center for International Cooperation" and the publishing house "Kommersant".

Days of Moscow to be held in Delhi and Mumbai

In Japan, a giant robot walked around the city 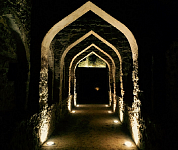 Russia and Bahrain plan to hold a forum of two cultures 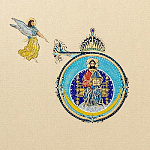 A unique exhibition of folk literature will open in Georgia