The occupancy of hotels in Sochi during the upcoming non-working days is expected to be more than 75%, sanatoriums - 90%. This is comparable to the loading in the summer season, Sochi Mayor Alexei Kopaygorodsky said in his telegram channel.

“In the upcoming November weekend, we expect high occupancy rates. In hotels, it will be more than 75 percent, in sanatoriums - about 90 percent. According to our calculations, the one-time load of the city's resort sector will exceed 120,000 people. Sochi airport alone will receive over 100,000 people these days, and another 20,000 will arrive by rail. These figures are comparable to those of the active summer season,” the head of Sochi wrote.

Record high booking rates for the upcoming winter season are also noted. At the same time, Kopaigorodskyemphasized that the measures taken to introduce QR codes and limit mass events would allow maintaining control over the sanitary and epidemiological situation in the city.

“Following the implementation of quarantine measures in all districts of the city commissions consisting of employees of Rospotrebnazor, the administration and the police will follow,” the mayor added.

Earlier, the regional authorities decided not to change the non-working days declared in Russia from October 30 to November 7, but introduced a number of restrictions. In particular, to visit cafes, restaurants and leisure facilities in the resort towns of the Krasnodar Territory for the period of non-working days, QR codes will be required. Codes will also be required to allow spectators to attend mass events, this measure will be in effect from October 25 to December 1.

New tourist routes open in the mountains of Adjara 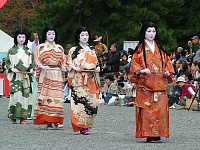 Japan celebrates the Festival of Ages

Mongolia, Kyrgyzstan and Uzbekistan entered the list of countries for pioneers

Hermitage museum center to be built in Vladivostok by 2024