From September 26 to October 15, China hosts the Russian Film Festival in online format. Chinese viewers can watch seventeen Russian films for free, which are available on the Tencent Video platform.

The program of the Russian Film Festival in China includes a multi-genre palette of films of the last decade.

ROSKINO CEO Inna Shalyto: "China has been a leader in collecting Russian films abroad for many years – Chinese viewers enjoy watching Russian animation, sports films, science fiction, as well as dramas. Due to the fact that the Russian Film Festival is held online, we can present a whole range of Russian films of different genres to the widest possible audience. In addition, new opportunities are opening up for expanding the industrial dialogue – the Chinese film industry already has experience of interacting with Russian content producers, and we hope that the Russian Film Festival will give a new round of interest in our films, TV series and animation, including joint production. Given the ongoing policy of strengthening ties with the Asian region, the expansion of cultural and industrial dialogue with China is of great importance."

Dramas are widely presented in the program of the Russian Film Festival in China, including the super-successful Russian sports drama "Upward Movement" directed by Anton Megerdichev. The film about the first ever Olympic victory of Russian basketball players in 1972 in Munich became the highest-grossing Russian film in China.

Also, Chinese viewers will be presented as historical dramas ("Two Women", dir. Vera Glagoleva), and criminal ("On the district", dir. Olga Zueva), as well as biographical ("Chagall-Malevich", dir. Alexander Mitta). The dramatic films "Salyut-7" (directed by Klim Shipenko) and "The Time of the First" (directed by Dmitry Kiselyov), dedicated to the theme of space, as well as the fantastic drama about aliens "Attraction" (directed by Fyodor Bondarchuk) impress viewers with complex computer graphics and visual effects.

The author's film is presented by Andrei Konchalovsky's drama "White Nights of the Postman Alexei Tryapitsyn"; the film received in 2014 one of the main awards of the Venice Film Festival – the prize for the best director's work "Silver Lion".

Animation, as one of the most popular types of Russian content in Asia, is also announced in the Russian Film Festival program. Young viewers will see the adventure comedy "Belka and Strelka: Lunar Adventures".

Russian Film Festival – days of Russian cinema abroad, which are held by ROSKINO with the support of the Ministry of Culture of the Russian Federation since 2020. The main goal of the RFF is to introduce foreign viewers to the diversity of modern Russian content: from feature films of various genres and TV series to animation and documentaries. In 2020-2021, the festival was held in 23 countries, attracting more than a million viewers. In 2022, the days of Russian cinema have already been held in Brazil, Kazakhstan, Azerbaijan, Jordan, Belarus, Uzbekistan and other countries. The RFF format includes both online screenings and offline events.

People's Daily is one of the largest Chinese publications, founded in 1948. owns more than 70 offices around the world. It is published in Chinese, Russian, English, Japanese, French, Spanish, Arabic, Mongolian and others.

In Japan, will show a special version of the Russian film about a dog 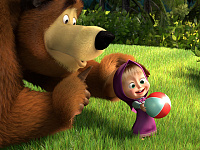 The film "Dovlatov" became the winner of the film festival "Fajr"