The picture is similar in genre to a western shot in Central Asia.

The picture of the joint production of Kazakhstan and Russia "Goliath" was shown at the 79th Venice Film Festival in the program "New Horizons". The author of the tape was a young Kazakh director Adilkhan Yerzhanov.

As one of the producers Georgy Shabanov from All Media (a START Company) told TASS correspondent on Sunday, their participation in the project is due to their interest in the director's work. "We are familiar with his previous works. He had a credit of trust, and we offered to work together on a new film," the agency interlocutor explained.

Adilkhan Yerzhanov is a representative of the new cinema of Kazakhstan, which has preserved its national identity. He is connected with the old Soviet school by the tempo rhythm. "In this film, the tempo is not modern. Modern cinema is more clip—based, fast, requires certain dynamics, technology, and this picture is shot in measured, close-ups, woven from views, reactions, everything is as it was in the good old cinema," explained Georgy Shabanov.

The action of the film takes place in the fictional village of Karatas in the middle of the Kazakh steppe, far from big cities and civilization. In the district, everything is run by an extremely cruel bandit named Poshaev, but everyone prays for him, because he is the only person who protects the territory and takes care of its inhabitants. With one hand he helps, with the other he ruthlessly deals with anyone who tries to resist his orders. "Even if it is a microcosm, its rules are quite applicable to the whole world," says the director. "This film is about revenge and the choice between revenge and forgiveness."

The picture in the genre is largely a western shot in the vastness of Central Asia. According to George Shabanov, at the premiere, many Italians saw a roll call with the film Sergio Leone (1929-1989) "For a handful of dollars" (1964).

Yerzhanov, who turned 40 last month, has already shot more than 10 films. In 2020, he presented his film "The Yellow Cat" in Venice. "Goliath", as its producers expect, will have a further festival fate. Immediately after Venice, the film will be presented in Russia — at the festival of online cinemas "New Season" in Sochi. And on September 29, the film is scheduled to be released in Russian cinemas. The producers hope that such prestigious festival venues as in Venice will facilitate the sale of the film for rental in other countries.
Russia Kazakhstan Venice film festival cinema TASS
|
Facebook
|
Twitter
|
VKontakte
|
Odnoklassniki

J-FEST will be held online for the first time

Turkey's oldest tombs to be shown to tourists

Ukimerioni fortress may be included in the UNESCO list

The holiday comes to us: Japan, China, Vietnam, Myanmar, Nepal 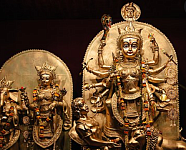 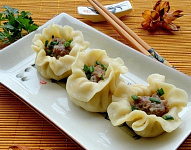