The National Museum of the Republic of Adygea is the center of priceless artifacts on the history, ethnography and archeology of the region and the ethnic groups living in this territory. The exhibits of the museum make up the fund of the national heritage of Adygea, its cultural and spiritual identity — the products of the creativity of local masters, reflecting the worldview, aesthetics of the autochthonous population of the North-West Caucasus.

Through unique exhibits, the exhibition will present the evolution of the worldview and the peculiarities of the mentality of the Adyghe people, the nature of economic and cultural relations within the ethnic group and with other peoples.

More than 500 items will be displayed at the large-scale exhibition The National Museum of the Republic of Adygea. Among the exhibits: jewelry, artful samples of ancient gold embroidery, clothing, edged weapons, firearms, horse harness, documents and photographic materials on the history and culture of the Adygs. Among the refined and most developed types of folk decorative art of the Adygs is toreutics — artistic metalworking. Circassian craftsmen have achieved high results in jewelry. The most striking samples are also presented at the exhibition.

The exhibition project opens a section dedicated to the achievements and development prospects of the Republic of Adygea. The presented exhibits, documents, photos and videos reveal the main activities of modern Adygea.

A significant part of the exhibition is represented by exhibits testifying to the historical past of Adygea, starting from the Early Bronze Age (Maikop-Novosvobodnenskaya cultural and historical community - IV thousand BC) to the era of the developed Middle Ages. Here you can see the masterpieces of the ancient art of the Meots — the distant ancestors of the modern Adygs of the VI-IV centuries BC, objects made of bronze and precious metals in the Meoto-Scythian animal style.

Soloist of Rammstein will meet with Azerbaijani fans

In December, tourists will be able to visit the silk and tea factories of the central highlands of Vietnam for free

Maslenitsa was celebrated in Tajikistan 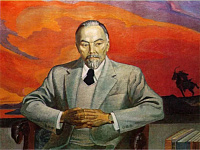 By the end of the year, Hainan will open 20 new air routes