The program, exact dates and the list of participants will be presented later on the official website of the film festival and its channel in the WeChat messenger.

The fourth Hainan International Film Festival will be held in the resort town of Sanya in the southern Chinese province of Hainan in December. This is reported by the newspaper "Hainan Zhibao" with reference to the organizers of the screening.

Other details are not given in the brief statement. It is reported that the program, the exact dates and the list of participants will be presented later on the official website of the film festival and its channel in the WeChat messenger.

The third Hainan International Film Festival was held on December 5-12, 2020. A feature of the last screening was the screening of films not only in cinemas, but also online. In total, 189 films from 60 countries and regions of the world were presented at the 2020 film festival, which were shown to a wide range of viewers online and in 15 selected cinemas in the city. A separate award in 2020 was established for newcomers to the world of cinema. It was called "Hello, the future".

The Hainan Island International Film Festival is recognized as one of the four main film festivals of the People's Republic of China. It was first held in December 2018 in the resort city of Sanya. It was attended by such world-famous actors and directors asJackie Chan,Nicolas Cage,Johnny Depp, N Uri Bilge Ceylan and others.

International festival "Highlanders" will be held in Dagestan 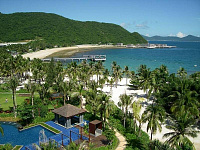 Citizens of more than 50 countries can visit Hainan without visas

Fukuoka invites to a colorful festival

Oriental Museum invites you to a unique online tour

Embassy evenings in Tsaritsyno: Muscovites were introduced to the musical world of Kazakhstan