Israelis to emerge from quarantine with 11 new pedestrian streets

The municipality of Jaffa (Tel Aviv) in the coming weeks plans to expand the list of famous pedestrian streets, such as Levinsky and Shenkin, with 11 more suitable for pedestrians and cyclists.

The municipality of Jaffa (Tel Aviv) in the coming weeks plans to expand the list of famous pedestrian streets, such as Levinsky and Shenkin, with 11 more suitable for pedestrians and cyclists. It will be a shopping area with restaurants and bars that will be able to place beautiful outdoor furniture – tables and chairs right in the open air.

“We all come out of quarantine refreshed. And I am especially pleased that Israeli cities keep up with the times and are actively preparing to receive tourists. Each of the pedestrian streets of Tel Aviv, which is included in the list, is famous for its own history and unique atmosphere. And now every tourist will be able to fully appreciate this while walking slowly or riding a bicycle," Vladimir Shklyar, Director of the Department of the Ministry of Tourism of Israel in the Russian Federation and the CIS, Advisor to the Embassy of the State of Israel in the Russian Federation, revealed the intentions of the authorities.< br>
As for motor transport, it will be partially preserved on a number of streets - somewhere on a permanent basis, somewhere by the hour. The movement of pedestrians in the new spaces of Israeli hospitality will be carried out while maintaining social distance.
Mayor of Tel Aviv-Yafo-Yafo Ron Huldai added that this year the municipality will build tens of kilometers of paths for cycling, repair sidewalks, a light rail passenger transport line will be developed, and improved sunshade options will appear.

In Georgia, tourism revenues are growing faster than the number of guests

Ambassadors from 50 regions of Russia come to Moscow

The beaches of Turkish Fethiye filled with tourists 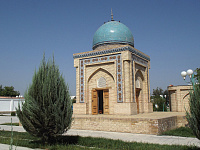 Uzbekistan has been named "the heart of Central Asia" by UNESCO

"Beauty of Shoria-2019" was chosen in Kuzbass

The management of the TV channel "Big Asia" and the holding Dentsu Inc. agreed to create a line of programs dedicated to Japan

Yevgeny Mironov received an award from the Istanbul Arts Festival

Museum values of Turkmenistan will be presented in the Louvre