They saw performances from 13 cities of the country.

More than 7 thousand spectators watched performances from 13 cities of the country as part of the All-Russian Festival of Puppet Theaters in Barnaul. The Grand Prix of the festival was awarded to the Tyumen Puppet Theater for the play directed by Anton Nesterenko "About the Smart Dog Sonya," the press service of the government of the Altai Territory reported on Monday.

"The closing of the II All-Russian Festival of Puppet Theaters "Through the Looking Glass" took place in Barnaul. 16 performances were presented at its venues, which were shown by actors from 13 cities of Russia. 28 screenings were attended by more than 7 thousand viewers. The Grand Prix of the festival was awarded to the Tyumen Puppet Theater for the play directed by Anton Nesterenko "About the smart Dog Sonya," the message says.

It is noted that the prizes for the best work were received by director Alexander Yanushkevich from the Omsk State Puppet Theater, actor, Harlequin masks, artists of the Altai puppet Theater "Fairy Tale", composer of the puppet theater "Pilgrims" from Novosibirsk Timofey Kazantsev. A round table, lectures, master classes and meetings with experts were also held within the framework of the festival.

"The best acting ensemble, according to the jury, was formed in the performance of the Novosibirsk Regional Puppet Theater "Mu-mu" by Ivan Turgenev. The special prize of the jury was awarded to the theater of the actor and the doll "Petrushka" (Surgut) for the vivid stage embodiment of the Japanese fairy tale "Strawberries under the Snow," the press release clarifies.

The festival started in Altai on September 20. The best theaters of different cities of the country took part in it: Novosibirsk, Krasnoyarsk, Omsk, Khanty-Mansiysk, Yekaterinburg, Surgut, Tyumen, Kurgan, Nizhnevartovsk and others. The festival took place on the site of the new building of the Fairy Tale Puppet Theater in Barnaul, opened in August 2021. The theater has sound and lighting equipment according to the world standard, and a terminal has been installed in the ticket hall, which has no analogues in the cultural institutions of Siberia.
Russia Altai Krai Barnaul festival Puppet Theater TASS
|
Facebook
|
Twitter
|
VKontakte
|
Odnoklassniki

The festival of contemporary art "Territory" started in Yakutsk

The first monument to Mandelstam in Asia was unveiled 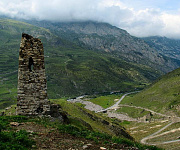 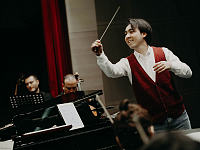 On the occasion of the 200th anniversary of Dostoevsky, an exhibition was opened in the Russian House in Hanoi