Japan has started paying quotas and will soon resume fishing off the Kuril Islands.

The Japanese side will soon resume fishing in the area of the southern Kuril Islands. This was reported on Thursday by the Kyodo news agency.

According to the agency's source in the Japanese Foreign Ministry, the process of paying the corresponding quotas has already begun.

Earlier this summer, the official representative of the Russian Foreign Ministry Maria Zakharova announced that Russia is suspending the intergovernmental agreement with Japan on cooperation in the field of fishing for marine living resources in the southern part of the Kuril Islands until Tokyo fulfills its financial obligations. She noted that Japan had frozen payments due under the agreement and delayed the process of signing the annual document on the provision of gratuitous technical assistance to the Sakhalin Region, which is an integral element of this intergovernmental agreement.

Japan and Russia signed this agreement in 1998. It allowed Japanese fishermen to fish within the quota allocated by the Russian side near the southern part of the Kuril Islands. The Japanese Government expressed regret over Moscow's decision, but acknowledged that it had not yet made another payment as part of the implementation of the relevant agreement.

In Japan, the tax increase led to the mass purchase of apartments

Aeroflot will "intercept" tourists from China from other carriers

Aeroflot hub in Krasnoyarsk to be created by 2020 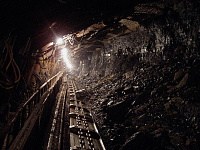 Large reserves of coal and gas found in eastern China

Russia in April became the largest supplier of oil to China