Participation Vietnam's participation in the WEF will reveal the tourism potential and partnership opportunities.

The participation of the Vietnamese delegation in the Eastern Economic Forum (EEF) will open up wide opportunities for the development of international cooperation of the country, its tourism potential and partnership, the Ambassador of the republic said Dang Minh Khoi at a meeting with the adviser to the President of the Russian FederationBy Anton Kobyakov.

"Vietnam actively supports the development of trade within the framework of the Eurasian Economic Union, including being the first to sign an agreement on a free trade zone with the EAEU. Participation in key business events, such as the Eastern Economic Forum, opens up wide opportunities for the development of international cooperation, tourism potential and partnership," the Roscongress press service quoted the ambassador as saying on Friday.

In turn, Kobyakov recalled that this year marks the tenth anniversary of the establishment of comprehensive strategic partnership relations between Russia and Vietnam. "Trade and economic relations between our countries are becoming increasingly important and have a huge potential for development," he stressed. "I am sure that the participation of the Vietnamese official and business delegation in The Eastern Economic Forum will be fruitful and will bring positive results for both sides."

The Eastern Economic Forum will be held from September 5 to 8 in Vladivostok.

Xi Jinping had a telephone conversation with Bashar al-Assad 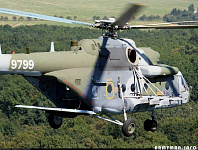 Ural Airlines is ready to launch charters to Egyptian resorts