Production of the TOGG electric car has been launched in Turkey

Turkey has announced the start of mass production of the national electric car TOGG.

Serial production of the national electric car TOGG began on Saturday in Turkey on a public holiday - Republic Day. President Recep Tayyip Erdogan took part in the ceremony of rolling off the assembly line of the first Turkish electric car. The broadcast was conducted by TRT 1 TV channel.

"Turkey is one of the leading exporters of motor transport. The TOGG project is a confirmation of the realization of our common dream of creating a strong future for Turkey. This is the pride of an 85-million-strong country," Tayyip Erdogan said, noting that the capacity of the enterprise in Bursa is designed to produce 170 thousand electric cars per year. According to the Turkish President, the first TOGG electric vehicles will appear in Turkey before the end of the first quarter of 2023 after the appropriate certification. In February, the price of electric cars will be known, he added.

Electric cars of five models and six colors symbolizing different regions of Turkey will be produced in Bursa province (Gemlik district) in the west of the country.

The TOGG electric car was introduced in 2019. Serial tests of the crossover prototype of the most popular SUV segment took place in November 2021, it accelerated to 100 km/h in 4.8 seconds. According to the manufacturers, charging an electric car by 80% will take 30 minutes, the power reserve will be 500 km.

According to the general director of TOGG, Gurjan Karakash, it is planned to produce about 100 thousand electric cars per year, while the production capacity allows to bring this figure to 175 thousand units. By 2030, it is planned to assemble about a million cars. The price for them, according to the forecasts of the automobile plant, will vary from $ 43 thousand to $ 54 thousand, but the company's representatives did not name the specific cost before the start of sales, citing international practice.

Official sales of TOGG in Turkey will begin in March 2023 and within 1.5 years will be focused on the domestic market. Then it is planned to export cars to European countries, in particular to Germany and France.

He also said that by April next year, more than 2 thousand stations for refueling electric vehicles will be created in Turkey. 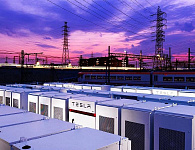 In Thailand, the direct sale of goods through social networks beats all records

Russian Railways reduced the tariff for the transportation of ferrous scrap for Amurmetal by 26.4%

In Indonesia, locals have replaced tourists with seaweed 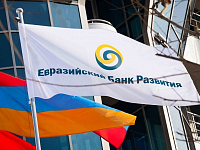 Rosoboronexport is considering applications for a fighter from countries in Asia, Africa and Europe