A record soybean harvest has been harvested in the Amur region

The volume of collection amounted to more than 1600 thousand tons of agricultural crops.

For the first time in history, the Amur region broke the record for soybean harvesting - the volume amounted to more than 1,600 thousand tons. This is 40% higher compared to 2021. Grain crops and vegetables showed a significant increase, according to the website of the regional government.

According to the regional Ministry of Agriculture, the growth in soybean harvesting amounted to more than 40% compared to 2021. The average yield is 18.7 c/ha (+ 19% by 2021). Grain crops exceeded last year's figures by almost 6%. The harvest of potatoes and vegetables also increased. Potatoes produced more than 30 thousand tons, an increase of 180% to the level of 2021. Vegetables were harvested over 8.5 thousand tons, an increase of 54% compared to 2021.

Positive dynamics is observed in the fat and oil industry, the growth rate of soybean oil production was 62%, meal - 19%. Currently, the Amur Oil extraction Plant, the only producer of soy protein isolate in Russia, continues to increase its production volumes. By the end of 2022, about 5 thousand tons of this product are expected (2 times more than in 2021), and further volumes will only grow. The governor told the delegation of the Ministry of Agriculture of the Russian Federation, which works in the Amur region, about these indicators.

Representatives of the Ministry of Agriculture of the Russian Federation will hold meetings with Amur vegetable growers and talk about measures of support from the state. For example, next year, subsidies from the federal budget for the construction of seed centers for both soybeans and potatoes will amount to 50%, not 20%.
Russia Amur region record harvest TASS
|
Facebook
|
Twitter
|
VKontakte
|
Odnoklassniki

Egypt expects to receive direct flights from Russia in March

The first container train with Belarusian peat went to China

Tourist flow to Kamchatka has tripled in three years

Production of the Baikal aircraft in Kazakhstan will begin in 2024

Indian investor to provide Kursk with about 300 jobs 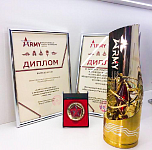 Tajikistan is ready to supply its water to the UAE

New aircraft for regional airlines will be tested in Yakutia