Shaukat Mirziyoyev agreed with the Prime Minister of Hungary to intensify cooperation.

During the talks in Budapest, President of Uzbekistan Shavkat Mirziyoyev and Prime Minister of Hungary Viktor Orban announced the need to give a new impetus to the development of bilateral trade and economic relations and create a special joint fund for this purpose to finance priority projects. This was reported on Wednesday by the National News Agency of Uzbekistan (UZ).

"An agreement has been reached to give a new powerful impetus to the development of cooperation in the agricultural, transport, pharmaceutical, textile, food, electrical, water-saving and industrial spheres. To this end, the governments have been instructed to create a joint fund in the near future to finance priority projects," the message reads.

It is also reported that during the negotiations an agreement was reached on the opening of the diplomatic mission of Uzbekistan in Budapest. At the end of the talks, Mirziyoyev and Orban reaffirmed their commitment to further strengthening bilateral friendship relations and signed a joint statement on the development of strategic partnership between Uzbekistan and Hungary.

More than $700 million allocated for road development in Tajikistan

Russia and China increased trade by almost a third 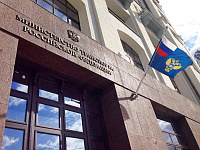 Flights to the Far East will receive subsidies

The volume of exports of Stavropol grain to India will increase