The Turkish authorities are working to create an alternative to the Mir system.

Turkish Finance Minister Noureddin Nebati confirmed on Wednesday that work was underway to create an alternative to the Russian Mir payment system.

"The work on creating an alternative to the Mir system has begun, it is being carried out. We will report on the results," TV—100 quotes the minister as saying.

The newspaper "Aydinlyk" on Wednesday reported that Turkey and Russia is considering the possibility of using the TROY system as an alternative to "Peace" on Turkish territory, and progress was made on this issue at the 15th meeting of the Central Bank of the two countries held last Tuesday in Kazan.

As a source in Turkish financial circles told TASS, the decision on the possible use of the Turkish TROY payment system as an alternative to the Russian Mir may soon be announced by the Central Banks of the Russian Federation and Turkey. At the same time, he clarified that the parties are discussing other ways out of the situation that has developed after the Turkish banks stopped accepting Mir cards in mid-September.

Earlier it was reported that all Turkish banks suspended the service of Mir cards after the US Treasury announced its intention to impose sanctions for supporting Russia's attempts to expand the use of its payment system abroad. Five banks accepted Mir cards in Turkey: private Is Bankasi, Denizbank and state-owned Ziraat Bankasi, VakifBank and Halkbank.

Turkish President Recep Tayyip Erdogan instructed relevant ministries to work out alternatives to the use of the Mir system in the country. This issue was discussed at the September 26 meeting of the Governments of a. 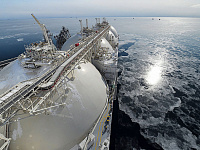 Russia and Kazakhstan will increase the number of flights

Kazakh companies are discussing with Toyota the possibility of transferring its production from Russia.