The ex-President of Turkmenistan spoke about plans to increase cooperation with China.

Turkmenistan is working to increase natural gas supplies to the People's Republic of China (PRC). This was announced by the head of the upper house of the Parliament of Turkmenistan, ex-President Gurbanguly Berdimuhamedov in his article for the Chinese newspaper "People's Daily".

Berdimuhamedov called the cooperation of Turkmenistan and The PRC in the fuel and energy sector is the most important priority of cooperation between the countries. "Which, of course, is understandable: our states have a huge potential here. The construction and commissioning of the Turkmenistan—China strategic gas pipeline at the end of 2009 proved this. The implementation of this project was an example of a truly partnership based on equality, awareness of mutual advantages, and a large—scale vision of the prospects and opportunities that opened up with the start of the gas pipeline," he said.

The ex-president also wrote that both sides pay great attention to the development of transport cooperation. "Here we consider China as the most important partner in the Asia-Pacific region, largely taking into account the fact that this particular direction is today a strategic priority of our entire foreign economic policy," he explained.

It is noted that Turkmenistan, together with its partners, is currently creating an extensive network of combined transport, transit and logistics infrastructure along the East-West and North—South lines. In the future, it will include transit corridors leading to the regions of the Caspian Sea, the Black Sea Basin, and the Baltic. This opens up an optimal overland route to European and Middle Eastern markets through the territory of Central Asia from the Asia-Pacific region.

"I am convinced that huge opportunities for cooperation are opening up for Turkmenistan and China in this segment. This is particularly relevant in connection with the implementation in Turkmenistan of major national projects in the transport, communication spheres, in the reconstruction of coastal infrastructure on the Caspian Sea. Our efforts should be aimed at achieving the goals that we are talking about with our Chinese partners, namely, the full disclosure of the potential of transportation from China via Turkmenistan to Europe, to the Middle East by all means of transport," Berdimuhamedov concluded.

New wind, solar and hydroelectric power plants to be built in Georgia 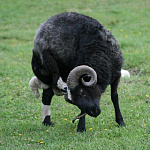