The straightening of the air route to Sochi and Turkey will be discussed at a meeting with airlines.

Straightening the air route in Sochi and Turkey will be discussed at a meeting with airlines.

The possibility of straightening air routes to Sochi and Turkey bypassing the airspace of Kazakhstan will be discussed on Monday at an explanatory meeting with representatives of Russian air carriers. RBC writes about this on Saturday with reference to a letter announcing the event at the State Corporation for Air Traffic Management (GC ATM).

According to a newspaper source in one of the airlines involved in the meeting, during it the authorities will discuss a proposal to remove a 10-kilometer route from the restriction regime in the altitude range from FL330-530 (10.05-10.65 km).

If the initiative is approved, the flight time from the capital's Vnukovo Airport to Sochi may be reduced by more than 20 minutes, the return flight by 10 minutes, follows from the forecasts of another RBC interlocutor associated with the airline. A third source of the newspaper adds that the flight time will also change for routes from Moscow to Turkey. However, the details will become known after the carriers conduct navigational calculations, he warned.

A representative of the Federal Air Transport Agency, in response to a request from RBC, declined to comment. RBC also sent requests to the press services of the Ministry of Defense and the Civil Code on ATM.

The flight restriction regime at 11 airports in the south and central part of the Russian Federation was announced on February 24 against the background of a special military operation on Ukraine and has been repeatedly extended, once again until September 4.

In Moscow, the billionth cheese "Druzhba" rolled off the assembly line

Azerbaijan and Russia will create a simplified customs corridor

The Chinese presented an updated copy of the "Gazelle" 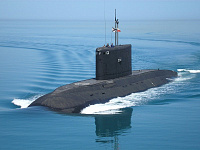