The Syrian Ambassador to Russia considers it important to connect the republic to the Mir payment system.

Syria considers it important to connect to the alternative payment system "Mir" in the context of the sanctions policy of the West. This was stated by the Syrian Ambassador to Russia in an interview with TASSRiad Haddad.

"The idea of creating the Mir payment system was born in 2015. First of all, it was aimed at creating the basis for an independent payment system on the territory of the Russian Federation, especially after a large number of Russian banks were cut off from Western payment systems. Of course, Syria is interested in any systems that are an alternative to Western systems, given that it, in turn, has previously been subjected to similar Western sanctions," he said. According to the ambassador, now "there is a growing need to extend alternative systems to many countries of the world that are subject to Western pressure and sanctions."

The diplomat also stressed that "the world economy is undergoing many changes after the start of the Russian special military operation in Ukraine, during which the United States and the West imposed sanctions against Russia." "This prompted Moscow to use the alternatives and banking systems available to it," he saidRiad Haddad. 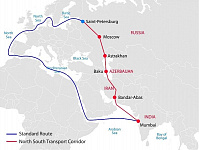 Iran, India and Russia have found a replacement for the Suez Canal

The best salo and bread will be chosen in Stavropol

Trade fair held in North Korea - against all odds 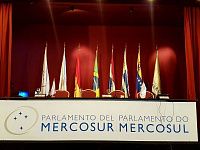 Singapore and Mercosur have reached a free trade agreement

The German auto industry is about to enter the Chinese market

Techmash summed up the work at the exhibition in Kuwait

Russia and China step up investment and project cooperation