Serial production of Baikal aircraft is scheduled for 2024

The first 20 serial Baikal aircraft are planned to be released in 2024.

The first 20 serial Baikal aircraft will be released in 2024. In the future, it is planned to increase production to 150 cars per year, the director of the separate division No. 2 in Kazan of JSC Ural Civil Aviation Plant told TASS on FridayRamil Akhmadeev on the sidelines of the forum "Aerospace technologies, modern materials and equipment".

"The Baikal aircraft is undergoing flight tests, it is planned to receive a type certificate in 2023, 2024 — the start of serial production. <...> The minimum starting [series] will start with 20 cars, but we understand that these are the first cars. Naturally, as soon as the market accepts the car, we will immediately talk about hundreds," he saidRamil Akhmadeev, noting that by 2030 it is planned to produce about 150 cars per year.

Ramil Akhmadeev said that there are already contracts for the first serial Baikal aircraft. Cars, according to him, are in demand in the Far East. "I think there will probably be new regional companies and operators. Therefore, the order is already available," he added.

The cost of the aircraft in the basic version, notedRamil Akhmadeev, estimated at 120 million rubles.

The first flight of the 9-seater Baikal aircraft took place in January of this year in Yekaterinburg. The cruising speed of the aircraft is up to 300 km / h, its maximum range will reach 3 thousand km (with a payload of 2 tons — 1.5 thousand km). It is expected that the Baikal will become an alternative to the multi-purpose Soviet An-2 ("maize") aircraft. The LMS-901 Baikal aircraft will reduce operating costs, will be able to carry out both cargo and passenger transportation, patrol and monitor. 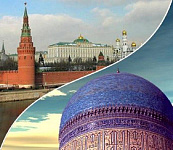 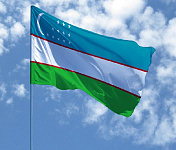 A new form of logistics and urbanism was born in China

Turkmen carpets exhibited for the first time in Dubai 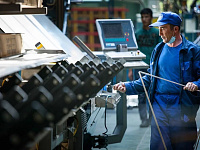 120 industrial projects will be commissioned in Kazakhstan this year