The Kingdom of Saudi Arabia (KSA) is considering increasing oil production to 13 million barrels per day by early 2027. This statement was made on Monday by the Minister of Energy of the country Abdel Aziz bin Salman Al Saud during the energy conference in Bahrain.

“The Kingdom intends to gradually increase oil production by 1 million b/d by the end of 2026 or the beginning of 2027,  Al-Arabiya" Saudi minister. “ Thus, we plan to produce a total of more than 13 million b/d.”

Al Saud noted that "investments in exploration and oil production will only be used to achieve this goal." He also added that "the use of renewable energy sources within the country will allow even more concentration on oil exports and increase the raw materials supplied to other countries."

In addition, the Saudi minister stressed that "capacity depletion in the energy sector is a global problem that the international community should pay attention to."

According to the May report of the International Energy Agency (IEA), in  unlike other OPEC+ countries, Saudi Arabia was able to slightly increase production in April, up to 10 .4 mln b/d against 10.28 mln b/d a month earlier.

Fesco has opened a subsidiary in Tashkent

Trade turnover between Russia and Vietnam hit a record 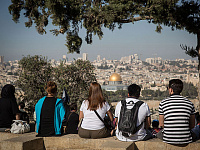 Tourist boom in Israel: the Russians returned and the number of Chinese doubled