About 600 bilateral agreements totaling $9 billion were signed as part of the second forum of interregional cooperation between Uzbekistan and Russia, which was held in Moscow on November 17. This was reported by the press service of the Ministry of Investment and Foreign Trade.

Among the signed documents are 141 investment projects worth $7.4 billion and 455 export contracts worth $1.6 billion.

The program of the event included a plenary session, during which the President of Uzbekistan Shavkat Mirziyoyev and the President of Russia addressed the participants Vladimir Putin as a video message. In addition, the Minister of Investment and Foreign Trade of Uzbekistan Sardor Umurzakov and the Minister of Economic Development of Russia Maxim Reshetnikov presented their reports, talking about the work done to establish ties between the regions of the two countries and develop joint interregional projects and initiatives.

The event brought together more than 800 participants, including members of governments, heads of regions, ministries, departments, industry associations, business associations, representatives of large companies and the private sector.

According to Gazeta.uz, the purpose of the forum is to create a single space for the development of direct business contacts and other types of interaction between the regions of Uzbekistan and Russia. The speakers of the event emphasized that in 2021 more than 50 mutual visits took place, and in recent months alone, the leaders of all 14 regions of Uzbekistan visited 42 subjects of Russia.

Aurora Airlines will open flights within a month 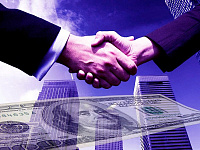 India has become an important economic partner of Novosibirsk 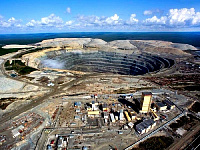 Kazakhstan exceeded its obligations under the OPEC+ deal

Apple Corporation to increase the share of production in India