Russians named the best car of the year in 30 nominations

The results of the 22nd Annual National Award "Car of the Year in Russia" have been summed up.

The results of the 22nd Annual National Award "Car of the Year in Russia" have been summed up. This year, more than 950 thousand Russians from 5 thousand localities took part in the voting, who chose the best cars in 25 nominations. For twenty years, the award has actually turned into the largest study of the consumer market in Russia.

According to a long–standing tradition, one of those who voted, this time Muscovite Oleg Bogatyrev, became the owner of the main prize - a Kia K5 business class car.

The head of the award, Vladimir Bezukladnikov, noted that a qualitatively new stage has come in the development of the country's automotive market, and the Russians who voted reacted to this.

"Many of the results were the result of changes in market conditions. Although in general, the dynamics of consumer demand this year continues to gradually shift towards more affordable cars. What the most successful brands in marketing terms react to quickly enough. The award itself is also changing. In particular, already in 2023 we plan to join the voting process of motorists from Belarus," he said.

Every year the "Car of the Year in Russia" award has innovations and features. This time, during the project, a vote was held in the framework of a special nomination from Avito Auto, whose participants received valuable prizes, as well as a super prize voucher for a long–term rental of a Kia K5 car from RexRent. In the nomination "Car for 1.5 million on Avito", the Kia Rio car became the leader.

"Manufacturers are listening to our project. The car market is currently in difficult conditions. The revival of Moskvich is one of the main topics of the development of the automotive market this year. The Chinese car market is coming on all fronts. The world is changing, but our country is waiting for a lot of new and positive things, including in the automotive sector," Vladimir Bezukladnikov said.

"The Chinese do not yet see a long-term serious approach in stimulating the placement of production facilities from China on the territory of Russia. "The market in exchange for technology" is their usual practice, strategy. Is there such an approach in Russia? Are we ready to offer this to the Chinese? Not yet! Exports from China already take up a large volume, why would they build factories here, get involved in complex projects?" - noted sinologist-publicist, author of the book "Chinese Power" Nikolai Vavilov.

"According to the latest research of the Car of the Year Award, every fourth car owner wants to switch to an electric car. 18% are eyeing hybrid cars. And 3% already use them. 7% want to switch to an electric car. This year, 500 charging stations for electric vehicles should be launched. And in three years there should be 10 thousand of them. A factory for the production of batteries for electric vehicles is being built," the editor-in-chief of the website stressed Autogoda.ru Alexey Grammaticikov.

"The average age of a car in Russia was 10.8 years in 2014. Now it is closer to 15 years," Igor Morzharetto, editor–in-chief of Avtodor Radio, partner of the analytical agency Autostat, said about used cars.

"We want to sell up to 500 thousand cars this year. We are obliged to provide the country with affordable cars. Next year, the Avtovaz line will be fully restored," said Sergey Ilyinsky, Director of Public Relations at Avtovaz.


"Five years ago we knew that a turn to the East was being prepared. Today we see that this is a reality. These are China, Korea, and other countries," said Alexander Lebedev, General Director of the Greater Asia TV channel.

Salon in Singapore surprised by the novelty of some technical solutions 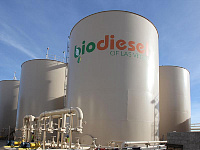 In the Amur region, biodiesel fuel will be made from garbage

Formula 1 professionals build a racing track in the CBD

Singapore creates hotels "under the hood"

Export of Turkmen tomatoes to Russia continues to grow