Regular flights will be established with Paramushir and Shikotan islands

To this end, the Sakhalin authorities, together with Aeroflot, will purchase five Canadian-made DHC-6 Twin Otter 400 aircraft capable of carrying up to 19 passengers. Air flights will be operated by Aurora Airlines.

According to the governor of the region Oleg Kozhemyako, for this the airline will be allocated funds for additional capitalization. “Our plans are to help the Aurora airline for the first time in history to organize a direct flight from Yuzhno-Sakhalinsk to Shikotan, as well as to resume regular air traffic by aircraft between Paramushir and Petropavlovsk-Kamchatsky, which has not existed for more than 25 years,” the press service of the regional government quotes the governor.

According to D. Kozhemyako, the construction of runways is already planned on both Kuril Islands. “It will start on Shikotan next summer. The place for the new “take-off” has already been determined - in the area of the weather station,” the governor said.

The issue of increasing transport accessibility for the residents of Shikotan and Paramushir today is one of the most significant, the regional government stressed. The solution requires an integrated approach. Since the end of 2016, for the first time since Soviet times, regular flights between the islands of Kunashir and Shikotan were resumed. Passengers and cargo are transported by the Mi-8MTV-1 helicopter purchased earlier by the Sakhalin government. 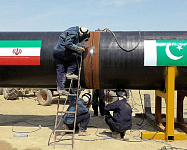 Ulyanovsk will open hubs in Southeast Asia and the Middle East

Toyota has developed a prototype of a portable hydrogen cartridge

China is developing a digital yuan

Saudi Arabia does not abandon oil agreements with Russia

Russian Olympians were awarded the "Silver Fallow Deer" for th