In the second quarter of 2022, the sales volume of electric vehicles of the Chinese company NIO amounted to 25.059 thousand units.

The company NIO, which is also called the Chinese Tesla, has shown an increase in sales of its electric vehicles for nine consecutive quarters. This is evidenced by the data from her report, which is published on Monday by the Shanghai business resource "Icai Global".

In the second quarter of this year, sales of NIO electric vehicles amounted to 25,059 thousand units, which is 14.4% more than in the same period last year. In June, sales jumped by 60.3% to 12.9 thousand electric vehicles, which was the highest monthly indicator.

Over the past year, the company has delivered almost 91.5 thousand electric vehicles to the market, which is almost twice as high as in 2020. The management of NIO previously reported that they expect to go to work without losses in the fourth quarter of this year, and to make a profit by 2024.

WEF organizers announced the transfer of the forum to Asia

Israel to support hotel infrastructure and small hotels with subsidies 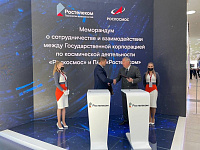 Rostelecom and Roskosmos are upgrading telecommunications at the Vostochny Cosmodrome 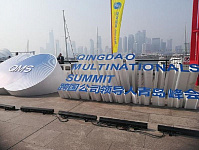