Mikhail Mishustin arrived in Samarkand to meet with the Prime Minister of Uzbekistan.

Russian Prime Minister Mikhail Mishustin arrived in Uzbekistan on Thursday. The program of his two—day visit includes a meeting of the joint commission at the level of heads of government and participation in the business forum of the two countries.

It is planned that Mishustin and his Uzbek counterpart Abdulla Aripov will discuss topical issues of the development of Russian-Uzbek cooperation at a meeting of the joint commission, special attention will be paid to deepening cooperation in trade, economic, industrial, energy, investment, cultural and humanitarian spheres. The office of the Government of the Russian Federation clarified that among the topics of cooperation between the two countries will be energy, automotive, aircraft, transport infrastructure, light industry, tourism, science, education. It is also planned to discuss preparations for the III Forum of Interregional Cooperation of the Russian Federation and Uzbekistan.

On the eve of Mishustin's visit to Samarkand, Russian President Vladimir Putin held a telephone conversation with Uzbek President Shavkat Mirziyoyev, discussing economic cooperation, including "promising joint projects." As the Kremlin's press service reported, these topics will be discussed in detail at the upcoming December 1-2 meeting of the joint commission at the level of the heads of government of the two countries in Samarkand.

One of such promising projects may be the idea of a gas union of the Russian Federation, Kazakhstan and Uzbekistan. On November 28, Putin held talks in Moscow with Kazakh President Kassym-Jomart Tokayev, at which the creation of a "triple gas union" with Uzbekistan was discussed. The press secretary of the head of the Russian state Dmitry Peskov explained that at the first stage we are talking about the creation of a coordination mechanism on Putin's initiative. Later it became known that we are talking about cooperation in the processing and supply of gas, including to new export destinations.

At the Russian-Uzbek business forum, representatives of business circles and organizations of the regions of the two countries will discuss trade and economic cooperation, transport and logistics, industrial projects, and the development of industrial clusters. More than 360 people from more than 150 companies, organizations, industry unions and associations have confirmed their participation in the forum from the Russian side, representatives of the regional authorities of the Russian Federation are expected to participate.

On December 1, a joint meeting of the Russian-Uzbek and Uzbek-Russian business councils will be held, as well as four panel sessions, at which it is expected to discuss the creation of investment projects, industrial clusters, cooperative chains, joint production and export, the development of cooperation in small and medium-sized businesses, mutual supplies of demanded products, ensuring food security.

The plenary session on December 2 will be attended by the Prime Ministers of the Russian Federation and Uzbekistan.
Russia Uzbekistan Mikhail Mishustin visit TASS
|
Facebook
|
Twitter
|
VKontakte
|
Odnoklassniki

"New facets of the EAEU: a development strategy in the interests of citizens"

Industrial glass cluster to be built in Dagestan

South Korean car exports increased by 19 in May%

It will become easier to trade gold in Uzbekistan

The economy of Russia and Kazakhstan began to move towards recovery 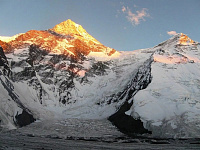 The Chinese intend to invest in a medical cluster in Kavminvody

Parmesan will be produced in the Perm Territory