According to the company, it is also working on alternative ground and air routes.

Russian Post is going to increase the number of flights from China in the near future, and is also working on alternative ground and air routes. This was reported to TASS in the company's press service on Friday.

"In the near future we plan to increase the number of flights from China. Also, together with our partners, we are working on alternative ground and air routes to ensure stable delivery to customers," the press service said.

Currently, the operator's cargo planes make from five to 10 flights from China every week, and Russian TU-204S cargo planes are located in the Russian Post's own fleet, which are capable of transporting up to 28.5 tons of commercial payload per flight. Russian Post delivers shipments from China not only by air, but also by road and rail, as well as using multimodal transportation. This allows us to flexibly solve the task of transporting goods for our customers, replacing one drop-down mode of transport with another," the press service added.

In early May, the Russian Post announced the launch of regular direct flights on its own mainline cargo planes from the Chinese city of Zhengzhou to Vnukovo Airport together with the Chinese Post.

As RBC reported earlier on Friday, China has closed its airspace to Boeing and Airbus aircraft of some Russian airlines. This was due to the fact that air carriers could not provide the PRC with data on the removal of aircraft registration abroad. The Federal Air Transport Agency declined to comment.

Currently, Russian airlines do not operate scheduled passenger flights to China. Cargo flights to this country are operated by Aviastar and Volga-Dnepr airlines. At the same time, the Baza publication clarified that cargo flights, including Aviastar (the company, according to the publication, is one of the main carriers of goods from Aliexpress) and Russian Post, will suffer the most from the ban on flights to China.
Russia China Russian Post flight TASS
|
Facebook
|
Twitter
|
VKontakte
|
Odnoklassniki 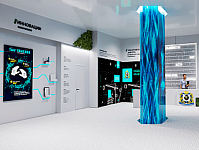 Festival "Made in Primorye" starts in Vladivostok

Damascus and Simferopol discussed the launch of trade turnover

WEF organizers announced the transfer of the forum to Asia

Uzbekistan will send $45 million to the electrification of Afghanistan