Participants of the first Eurasian Congress gathered in Moscow

The participants of the first Eurasian Congress will discuss the prospects for economic integration.

The plenary session of the heads of government of the EAEU countries "Economic pragmatism and mutual benefit as the basis of Eurasian economic integration" will become the central event.

The First Eurasian Congress, organized by the Eurasian Development Bank (EDB), began its work on Friday, December 4, in Moscow. Participants from all over the Eurasian space will discuss the prospects for economic integration.

"This is a very important event and the only platform for discussing business and investment issues of the EAEU. Therefore, this is very important for us. This year we have seriously increased the level of participation of speakers. I I am very grateful to the governments of the EAEU countries for accepting our initiative and responding to it in the face of serious epidemiological restrictions. We coped with them and will continue to hold the congress," Head of the EDB Nikolai Podguzov told TASS.

According to Nikolai Podguzov, the central event of the first Eurasian Congress will be the plenary session of the heads of government of the EAEU countries "Economic pragmatism and mutual benefit as the basis of Eurasian economic integration". "The relevance of this topic is due to the fact that economic integration is successful only when all participants in the process feel its positive effect, business wins, and the well-being of citizens increases," the head of the EDB noted.

It is planned that during the panel discussions, the participants will discuss the prospects for the formation of Greater Eurasia, assess the potential for economic integration, and consider the possibilities of equalizing the levels of economic development and the well-being of citizens.

which you will learn on December 4. All sessions of the congress will be broadcast online," he said.

The EDB is an international financial organization established by Russia and Kazakhstan in January 2006 to promote the development of the market economy of the member states, their sustainable economic growth and the expansion of mutual trade and economic relations. The authorized capital of the EDB is $7 billion. Now the member countries of the bank are Armenia, Belarus, Kazakhstan, Kyrgyzstan, Russia and Tajikistan. The Eurasian Economic Union, which began work in January 2015, replacing the EurAsEC, currently includes Armenia, Belarus, Kazakhstan, Kyrgyzstan and Russia, Moldova has observer status.

Nazarbayev: in the future, only electric cars will be used in Almaty and Astana 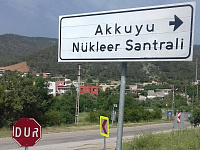 Russia and Pakistan may build a gas pipeline together 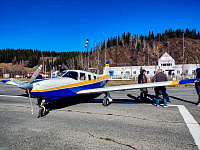 Dushanbe and Tehran will finance the completion of the Istiklol tunnel