China's fleet of civil aviation vessels will increase to 9,957 aircraft by 2040 and will become the largest in the world. The corresponding forecast of the Chinese Commercial Aviation Corporation (COMAC) was published on Wednesday by the information resource "Sina".

According to the corporation, by the specified date, the share of Chinese aircraft in the total volume of the world market will be 22%. In the next 20 years in The PRC should commission more than 9 thousand new aircraft, and their market value will exceed 9 trillion yuan (1.28 trillion dollars). Currently, China's civil aviation fleet has about 6 thousand aircraft.

In recent years, China has sought to reduce its dependence on foreign aircraft manufacturers. On September 30, the COMAC-developed narrow-body jet C919 received a certificate after several years of flight tests. To date, the corporation has received orders from 28 airlines for 815 C919 totaling about 500 billion yuan (about 74 billion dollars). Of these, 34 aircraft were purchased by foreign customers. By the end of this year, the first production aircraft should be handed over to China Eastern Airlines, which signed an agreement last fall to purchase five such aircraft.

Azerbaijan and EU sign memorandum on strategic cooperation in energy 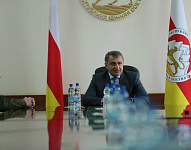 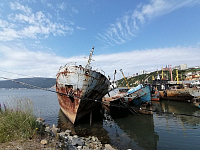 A new state built on blockchain technology has appeared in Asia

Belarus plans to open a new area of cooperation with China