The Vietnamese PM praised the new economic initiative in the Indo-Pacific region.

The Inclusive Indo-Pacific Economic Initiative launched on Monday by US President Joe Biden will begin an exchange of ideas on to tackle critical regional and global challenges together. This was stated by the Prime Minister of Vietnam Pham Minh Chin, who joined the  meeting of Joe Biden with IPEF participants via video link, the office of the head of the Vietnamese government said.

The Vietnamese premier praised the US initiative to launch IPEF, pointing out that "multilateralism and international solidarity must be based on security, trust and  responsibility." “Today’s launch of the new Indo-Pacific Economic Framework will start a serious discussion and exchange of ideas on ways to jointly address critical regional and global challenges such as digital transformation, technological innovation, e-commerce promotion, climate change response, green growth, issues of taxation, the fight against corruption and many others”, said Fam Min Chin.

President of the United States during  official visit to Japan, announced the launch of IPEF. According to him, at the first stage, in addition to the USA and Japan, Australia, Brunei, India, Indonesia, South Korea, Malaysia, New Zealand, the Philippines, Singapore, Thailand and Vietnam will join the initiative. The President of the United States said that IPEF will create new rules for the economy of the 21st century, which will help the economies of all participating countries develop faster and on an equal footing.

Kazakhstan and Russia will supply oil to Uzbekistan

On the TV channel "Big Asia" - the premiere of the program "The First Eurasian Congress. Memories of the Future" 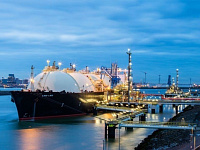