Mikhail Mishustin will visit Armenia on October 20-21, where he will take part in the Eurasian Intergovernmental Council.

Russian Prime Minister Mikhail Mishustin will leave for Yerevan on Thursday, October 20, after speaking at the plenary session of the international export forum "Made in Russia - 2022". The program of the working visit is designed for two days. In the capital of Armenia, the head of the Russian government will take part in the thirty-seventh session of the Eurasian Intergovernmental Council.

This meeting will be the fourth this year. The previous meeting of the intergovernmental council was held on June 20-21 in Cholpon-Ata in Kyrgyzstan, which is chairing this year.

According to the press service of the Russian Prime Minister, the heads of governments of Russia, Armenia, Belarus, Kazakhstan and Kyrgyzstan will discuss topical issues of Eurasian integration, as well as the functioning of the internal market of the Union, including the removal of obstacles to the movement of goods, industrial cooperation and customs and tariff regulation. Among the key items on the agenda is the elaboration of aspects of financing industrial cooperative projects. According to the Russian government staff, at the upcoming meeting, the prime ministers of the "five" will adopt the draft budget of the Union for 2023, the budget performance report for 2021, and will also discuss the issues of crediting and distributing the amounts of import customs duties between the budgets of the EAEU member states in 2021.

The agenda also includes the preparation of agreements on the formation of a common gas market, as well as oil and petroleum products markets. Another topic of the meeting will be the consideration of the implementation of the first package of activities of the Union within the framework of the climate agenda. The government office added that the participants of the meeting will be provided with information on the functioning of the Russian industrial zone in the economic zone of the Suez Canal in the Arab Republic of Egypt. The heads of government will also hear reports on the state of mutual trade between the member states of the Union, joint import substitution projects, as well as on the results of annual monitoring and analysis of the implementation of the main areas of industrial cooperation.

As a result, it is planned to sign decisions providing for the further development of the Eurasian economic integration. In particular, in order to develop electronic trade in warehouse certificates for agricultural products in the Union, it is planned to sign an agreement on the rules for issuing (issuing), circulation and repayment of such certificates within the EAEU at a meeting of the intergovernmental Council.
Russia Armenia Prime Minister Mikhail Mishustin visit TASS
|
Facebook
|
Twitter
|
VKontakte
|
Odnoklassniki

Irkutsk region is interested in expanding ties with Vietnam

EDB announces a creative contest for the media

Andrei Krainiy: “It will be extremely difficult to return to our market” 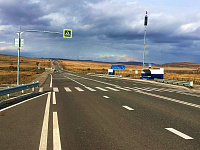