The authorities of the region intend to launch their production from 2024, the plant will be built in the Dzemgi region, next to the assembly shop for Sukhoi Superjet 100 aircraft.

The production of light multi-purpose aircraft "Baikal" is planned in Komsomolsk-on-Amur, Khabarovsk Territory. The new plant will be built in the priority development area (TOR) Komsomolsk, the press service of the region's government reported on Monday.

“It is planned to place the production of the latest Baikal light multi-purpose aircraft in Komsomolsk-on-Amur. The new plant will appear in the Dzemga area, near the Sukhoi Superjet 100 aircraft assembly shop. To do this, it is planned to expand the boundaries of the preferential zone of the Komsomolsk ASEZ by creating a new Amur site, the report says.

Launch of mass production of LMS- 901 "Baikal" is planned to start in 2024. The project will be implemented as part of a long-term plan for the socio-economic development of Komsomolsk-on-Amur. The project will create more than 200 new jobs.

“Proximity to the largest aviation enterprises will allow us to solve the issues of connection to the necessary transport and utility infrastructure. It is possible to connect to the taxiway of the airfield of the Dzemgi airfield. It is also necessary to develop a plan for withdrawing the territory from the flood zone,” the press service quoted the head of the regional Ministry of Industry and Trade Igor Fomin.

Deliveries of used cars have become the basis of Japanese exports to the Russian Federation. 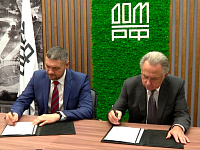 An All-Russian archery center will be built in Chita

The Power of Siberia gas pipeline is 90.5% ready 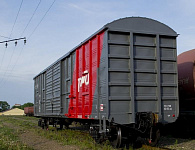 Exhibitors at the China trade show appreciated the Russian pavilion

A new customs point will appear on the Azerbaijani-Russian border

Major Japanese automakers to team up to create electric vehicles

Azerbaijan to complete construction of railway to Armenia in 2023