President of the Republic Milos Zeman said that in the near future the Embassy of Qatar in the Czech Republic will be opened.

The Czech Republic and Qatar signed an agreement on economic cooperation on Wednesday. This was announced at a briefing in Prague Castle following talks with the visiting Emir of Qatar Sheikh Tamim bin Hamad Al Thani, President of the Republic Milos Zeman.

"We had very fruitful negotiations that dealt with economic issues and international policy issues," Zeman said. - Today we signed an agreement on economic cooperation, [as well as] a commitment that after approval by the European Commission we will adopt an agreement on mutual protection of investments, which is already ready. Earlier, we concluded an agreement on the exclusion of double taxation."

Zeman said that the Embassy of Qatar in the Czech Republic will be opened in the near future. The Czech diplomatic mission in Doha is already working. "I believe that we have laid the foundations for long-term strategic cooperation between our countries," Milos Zeman said.

Competition Agency to be established in Azerbaijan

Russia and Iraq resumed direct flights after a 13-year break 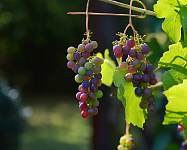 In Dagestan, the scientific center of viticulture will return to work

Increase in trade turnover with China and new agreements: the results of the annual work of RAUIE were summed up in Moscow

Mobile payment becomes the most popular in China

Hyundai plans to build an electric car factory in the US