Iran and Russia will refuse mutual settlements in dollars

In the next few years, countries plan to completely abandon foreign currencies in mutual trade.

According to the head of the Central Bank of the Islamic Republic, Abdolnaser Hemmati, now about a quarter of settlements between countries are made in national currencies. According to the official, this is a small figure, reports TASS. Abdolnaser Hemmati specified that in the coming years, countries will gradually abandon settlements in foreign currencies and, above all, the dollar.
< tr>
As a result of the visit to Moscow, a decision was made to expand bilateral trade. In this regard, the banking systems of Russia and Iran must work efficiently and be protected from possible risks. After negotiations with the leadership of the Bank of Russia, Abdolnaser Hemmati said that he sees "no obstacles to expanding interbank cooperation between our states."

Previously Alexander Novak, Minister of Energy of the Russian Federation and Co-Chairman of the Bilateral Intergovernmental Commission on Trade and Economic Cooperation with Iran stated that Russia does not support the sanctions imposed by Washington against the Islamic Republic. The Russian minister added that countries are actively discussing settlement mechanisms, bypassing the US currency. 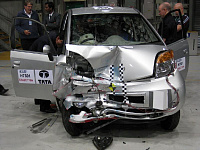 Farmers in Tajikistan will be exempt from tax

lot of oil and gas discovered in China

Korean entrepreneurs are looking for new forms of marketing services