Since March, the country has imported up to 80 thousand tons of product per month.

India has imported up to 80 thousand tons of sunflower oil from Russia every month since March and will continue to purchase in the same volumes. This was announced to TASS by the director of the Mumbai-based largest Indian consulting company for the import and export of vegetable oils, Sanvin GroupSandeep Bajoria.

"We are already importing a good amount of sunflower oil from Russia. For the last four months, every month the volume of its supplies from the Russian Federation amounted to 60-80 thousand tons. We plan to continue buying the same amount from Russia," he said.

Payments with Russian suppliers are still made in dollars. "There are no problems, Russian companies that import oil are not under sanctions," he explainedSandeep Bajoria.

According to him, India also bought sunflower oil from Argentina — 35-40 thousand tons per month, and from Ukraine. "Now the ports are opening, so we expect that from Ukraine there will be from 50 thousand tons of sunflower oil every month," he said. The expert pointed out that this became possible after an agreement was reached in Istanbul on the lifting of anti-Russian restrictions preventing the export of agricultural products and fertilizers.

Earlier, the Ministry of Agriculture of India reported that in the 2021-2022 fiscal year (lasts from April), the South Asian republic purchased 2 million 175 thousand tons of unrefined sunflower oil from other countries. The Indian government is implementing a program to reduce dependence on the import of edible oils by increasing the production and yield of oilseeds, including sunflower, in India itself.
Russia India import sunflower oil supplies TASS
|
Facebook
|
Twitter
|
VKontakte
|
Odnoklassniki 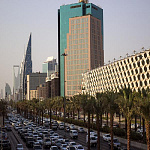 China has transmitted satellite images of the epicenter of the earthquak