India wants to replace Western manufacturers of electric bicycles and motorcycles in Russia.

The Indian company LML plans to replace Western manufacturers of electric two-wheeled vehicles on the Russian market and offer its products in the near future, including an electric scooter, an electric bike and an electric bicycle. This was announced on Friday by the correspondent of TASS director of the company-distributor of LML products in Russia "M. I. Distribution Group" Ramnik Kohli.

"We will present these vehicles in In Russia and the CIS — electric mopeds, bicycles and scooters. We definitely plan to take in Russia is the place of the departed Western companies. India has extensive experience in the production of scooters and motorcycles, historically India has produced such means of transport more than Western brands," Kohli said.

As the company told TASS, LML plans to enter the Russian market in a few months with three latest products: the Star electric scooter, the Orion electric bike with functions such as tactile feedback and GPS connection, as well as Moonshot, an off—road electric bike that can be ridden both by pedaling and using an electric transmission.

The plans to replace Western manufacturers in Russia were confirmed by the managing director of LML Yogesh Bhatia: "We are ready for this!". "We plan to decisively enter the Russian market, and we have a strategic plan for introducing our technologies in Russia, including three new innovative vehicles," the agency interlocutor added.

LML is one of the oldest two—wheeled vehicle brands based in India. In 1983, the company began production of 100 cc scooters, which gained great popularity in the country. In 1984, an agreement on technical cooperation was signed with the Italian company Piaggio, and production of Vespa scooters — the popular Vespa NV3 Alfa model - was launched in India. The company temporarily ceased operations in 2018 and was acquired by SG Corporate Mobility in August 2021. 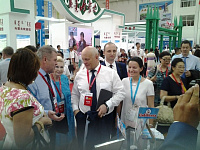 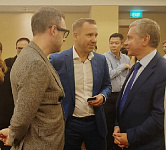 Kyrgyzstan and Uzbekistan open a new checkpoint on the border