India offered Mordovia to set up a joint venture for the production of cables.

major cable manufacturer from Mordovia, the EM-cable company, received an offer from Indian partners to launch a joint venture in the South Asian republic. This was announced to Russian journalists during a visit to New Delhi on Wednesday by the Minister of Economy, Trade and Entrepreneurship of Mordovia Alexei Gribanov.

According to him, a number of meetings were held with industrialists from different Indian states . “We discussed the supply of cable to the Indian market, but the partners suggested that we create a joint venture, because due to the logistical difficulties associated with loading existing ports and due to the fact that delivery is expensive due to the low marginality of cables, the creation of a joint venture more profitable,” the minister said. He said that in August a delegation from Mordovia plans to return to India to study this topic in more detail.

Aleksey Gribanov noted that, provided that the sales market is guaranteed, the creation of such a joint venture in India is possible . “The technology is all worked out, it’s clear what equipment is needed,” he added. It is assumed that at the initial stage, an enterprise with a production workshop employing 150 people can be created in India.

revenue of 15 billion rubles a year. “Just in Mordovia there is the only production of optical fiber in Russia. Now the republic is faced with the task of loading this enterprise with either domestic orders or orders from our friendly countries. The fiber will be delivered in a finished product, in cables,” he explained.
Russia India Mordovia enterprise production cable products TASS
|
Facebook
|
Twitter
|
VKontakte
|
Odnoklassniki

By 2030, more than 72,000 filling stations for electric vehicles will appear in Russia

Economics of Greater Eurasia at the Forum in Verona

Kazakhstan is committed to the idea of the Eurasian Economic Union

Coins of the "Cult Animals" series minted in Kazakhstan 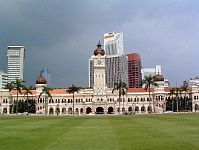 Malaysia introduces a tax on tourists from August 1

Agreements for ₽3.5 trillion were signed at the EEF-2019

1.85 million 5G stations have been installed in China