In Chukotka will establish the production of soda from crowberry

The northern berry, which grows abundantly in swamps and rocky tundra, will be used as a raw material for the production of soft drinks. They will also launch production of drinks based on lingonberries and blueberries.

As a representative of the Chukotka Wholesale Company clarified, production will begin as soon as the local population starts selling berries, that is, towards the end of summer. So far, production and sale is planned only in three districts of the district: Beringovsky, Egvekinot and Anadyr. In the next season, deliveries to other regions are planned.

According to preliminary calculations, raw materials should be enough for the regional market. Only vodnikov, or shiksha, the local population sells more than half a ton. The output of finished products has not yet been determined - everything will depend on the demand for a trial batch of drinks.

The company plans to resume the production of jam. All products will be sold within the Chukotka Autonomous Okrug. It is not possible to establish mass production due to limited volumes of raw materials.

Crowberry has been widely used since ancient times used by the indigenous peoples of the north. In some tribes, the berry was eaten with fat or butter. Leaves and shoots were used to prepare decoctions and infusions in folk medicine. 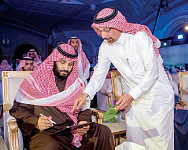 Megacity of the future: new technologies, comfortable environment and interaction with other cities

Astrakhan production to be developed in Uzbekistan