Hyundai plans to build an electric car factory in the US

Hyundai plans to invest $5.5 billion in the production of electric vehicles in the US.

South Korean Hyundai Motor Group intends to invest $5.54 billion in the construction of a plant for the production of electric vehicles and batteries in the US state of Georgia. The corresponding information was published on its website on Saturday.

The company has entered into an appropriate agreement with the state authorities. Construction of the facility will begin in 2023, with commercial production scheduled to begin in 2025. Estimated production capacity - 300 thousand cars per year. "The United States has always been an important part of our company's global strategy, and we are excited to partner with the State of Georgia to advance our common goal of promoting electric vehicles and [environmental] sustainability in the United States," said Jung Eui-song, chairman of Hyundai Motor Group, in his address. .

According to the automaker, Georgia was chosen as the location for the new industrial sites because of its geographic proximity to the buyer, quality workforce.

On Sunday during the final day During his visit to South Korea, US President Joe Bidenplans to meet with Jung Eui Sung to thank him for the company's investment in the US economy, Yonhap News Agency reported. On Saturday evening, a banquet will be held in Seoul with the participation of the heads of the largest South Korean conglomerates.

On Friday, Joe Biden visited Samsung's semiconductor manufacturing plant in Pyeongtaek. The leaders of the United States and South Korea have declared the importance of semiconductors for the economy and national security. Last year, Samsung announced plans to build a $17 billion factory in the US state of Texas.
Republic of Korea USA Hyundai plant production electric vehicles TASS
|
Facebook
|
Twitter
|
VKontakte
|
Odnoklassniki

Russia and Vietnam start cooperation in car assembly in 2018

For the first time, the EEF hosted the Russia-India business dialogue 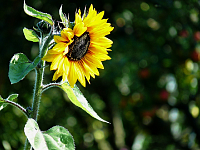