The Prime Minister of Mongolia visited the site for the hydroelectric power plant, which he proposed to build jointly with the Russian Federation.

Prime Minister of MongoliaLuvsannamsrain Oyun-Erdene visited the construction site of a hydroelectric power plant, which he proposed to build together with Russia during his last visitSergey Lavrov in Ulaanbaatar. This was reported on Monday by the Mongolian information site Igl.

The HPP on the Egiin Gol River is one of the largest energy projects of the state program "The Policy of a New Renaissance". The Mongolian authorities decided to build this 220 MW HPP in 1991, 1996 and 2007. In 2014, the technical and economic base was revised to increase the capacity to 315 MW. Construction work began in 2016 thanks to a concessional loan of one billion dollars from China.

But the work was postponed when Russia filed a complaint to The UNESCO World Heritage Committee says that the hydroelectric power plant on Egiin Gol may affect the largest tributary of Lake Baikal — the Selenga River. It originates in Mongolia, where several other rivers flow into it, including the Egiin Gol. Mongolia has announced an international tender for research on this issue. They are conducted by a French company.

If the results of these studies are presented at a meeting of the UNESCO World Heritage Committee and a decision is made, the hydropower project on the Egiin Gol River can be continued. The Prime Minister of the country noted that the government is working in this direction.

"The environmental impact study is being conducted by an international company and it is 85% ready. Tomorrow at a meeting with the Secretary GeneralAntonio Guterres UNESCO World Heritage Committee will discuss the issue of making a positive decision. During the meeting with the Minister of Foreign Affairs of Russia, the Government of the country expressed support for the implementation of the HPP project at Egiin Gol," the Prime Minister said.

Minister of Energy of MongoliaNansalyn Tavinbeh added that 17% of the country's energy sources are generated from renewable energy sources. Of these, 1.7% is generated by hydroelectric power plants. There are 11 sites in the country for the construction of new hydroelectric power plants. The most priority of them are the Erdeneburen one on the Khovd River in the western region and on the Egiin Gol River, which flows out of Lake Khubsugul.

The latter HPP will produce 606 million kWh of electricity, meet the growing demand of the central region's unified energy system and play a much-needed balancing role in the system. The hydroelectric power plant is of economic importance, as it will satisfy domestic demand for imported electricity in the amount of more than $ 50 million.

"As a result, our country will not receive imported energy during peak hours and energy security will improve," the minister said. 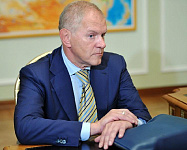 EDB: "We remain committed to our mission"

Turkey launches production of its own electric car 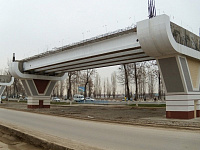 Agricultural insurance on the rise in Xinjiang 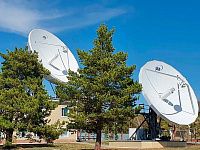