Entrance exams to universities are held in Beijing

"Gaokao" is the most important unified state exam required for admission to universities. This year, from June 7 to June 10, 54 thousand graduates will take it. In order for applicants to show the best results, the most comfortable conditions were created for them. Waiting areas were allocated in the examination points, where you can relax before the start of the tests, racks with sanitizers, disposable tableware, stationery and even warm clothes were installed. 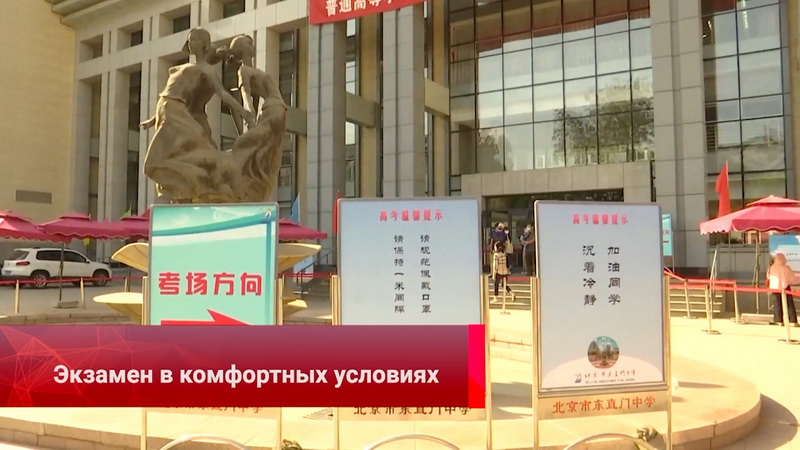 The recent outbreak of COVID-19 will also not be an obstacle for applicants: separate examination points are being created for hospital patients. And those who are quarantined will be tested in specially designated hotels for these purposes. 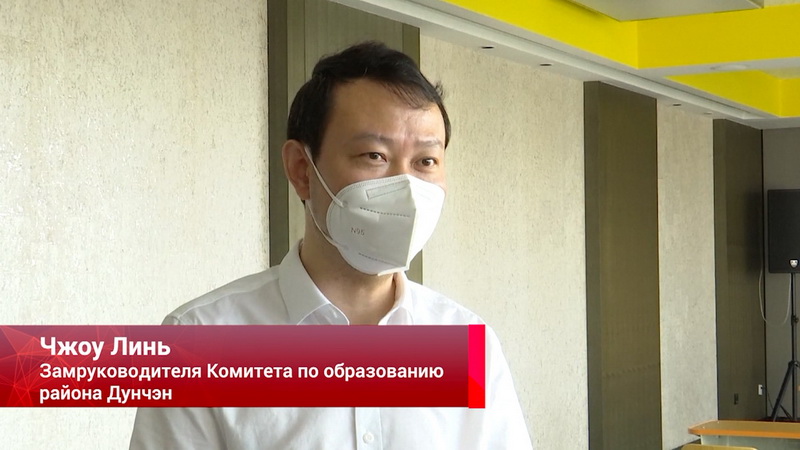 "Physical education teachers and psychologists, as well as homeroom teachers of graduates will also live in these hotels. In their free time after the exams, applicants will be able to exercise. And psychologists will help them cope with anxiety. In addition, each of the applicants to the university will be able to consult daily with a pre-appointed teacher via video link." 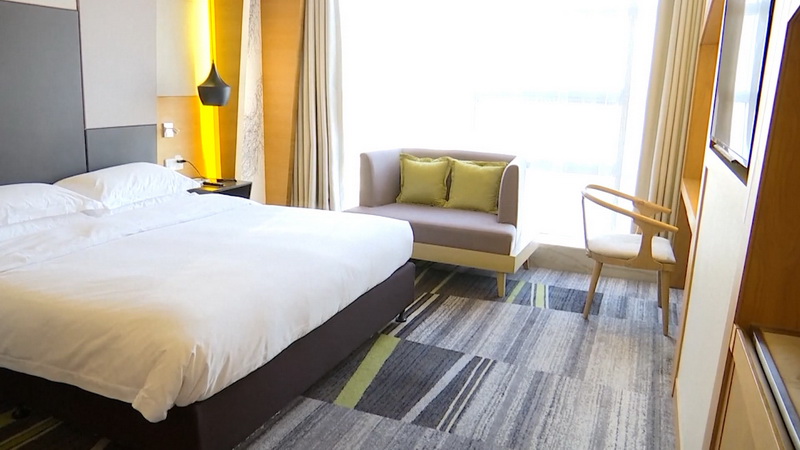 According to anti-epidemic requirements, applicants must present personal identification cards and a QR code of health before entering all examination points, and their temperature will also be measured. Separate classes have been prepared for those who have it above the norm. 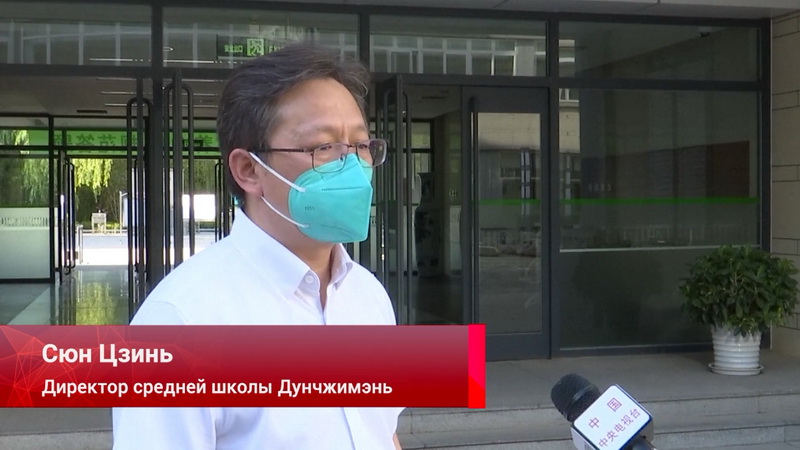 "On the first floor there are spare exam rooms, and on the second, third and fourth – the main ones. The entrance to the spare rooms is through a side door, and to the usual ones – through the main one. This way we will be able to ensure a distance between graduates."

"Gaokao" is considered a difficult but fair method of selecting talents for admission to universities. 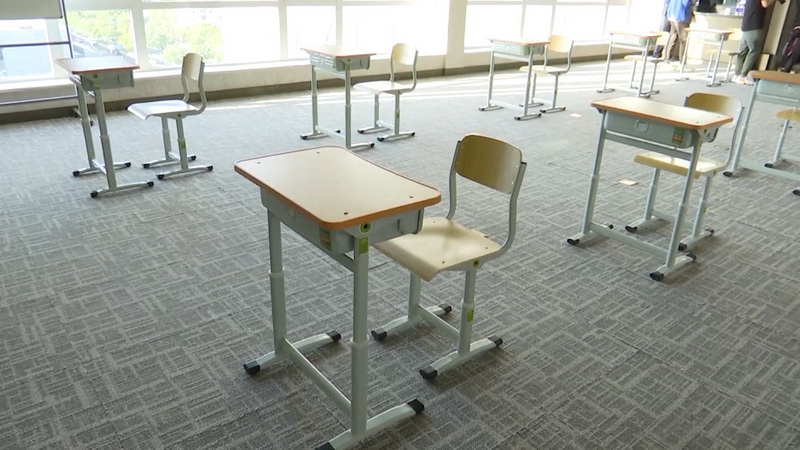 The Chinese amphibious aircraft AG600 "Water Dragon" successfully made its first flight in a new configuration. This was reported by the Chinese Aviation Industry Corporation. The seaplane took off from Jinwan Airport in Guangdong Province and landed safely at the same airport 20 minutes later. 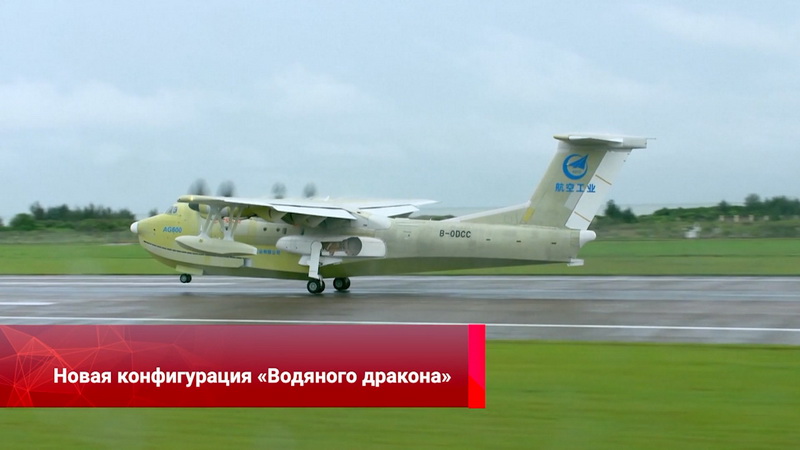 During his flight, a climb at a constant speed, a decrease in speed in horizontal flight and an imitation of going to the second circle were tested. Throughout the entire air route, the technical parameters of the liner were normal. All systems worked stably, the developer said. The first flight of the modified amphibious firefighting aircraft marks a new stage of the AG600 project and is a breakthrough in the development of seaplanes for extinguishing fire. The "Water Dragon" was created to fight forest fires and conduct rescue operations on the water. 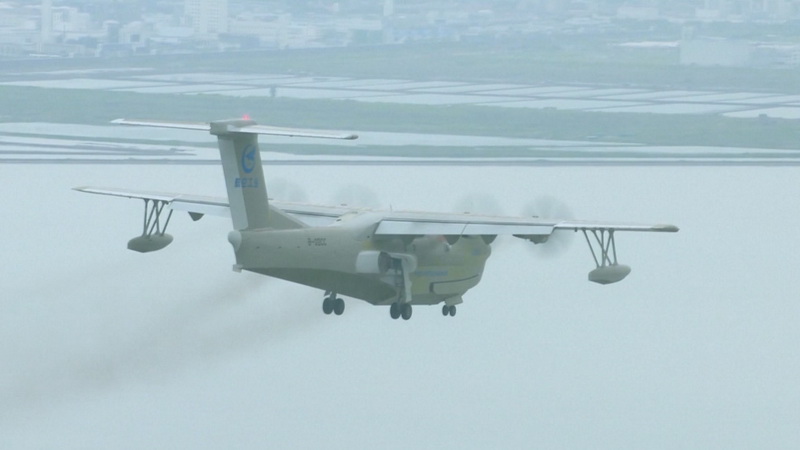 Chinese manufacturers of household appliances are waging price wars and launching pre-sales on e-commerce platforms to increase their profits during the annual shopping festival "618". This name means the 18th day of the sixth month - June, when the peak of sales is expected. The event was held for the first time in 2010. 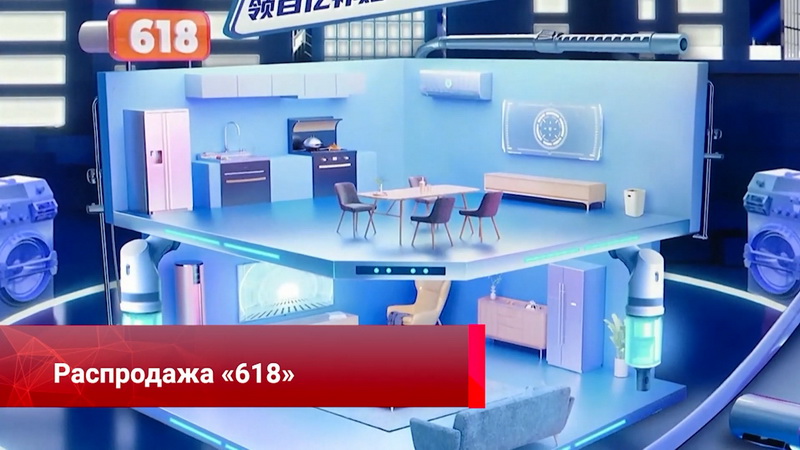 "In the first half of the year, the peak of sales usually falls on June 18. Since March, our company has been actively preparing for this date. In May, the monthly production volume has already exceeded 800 thousand units." 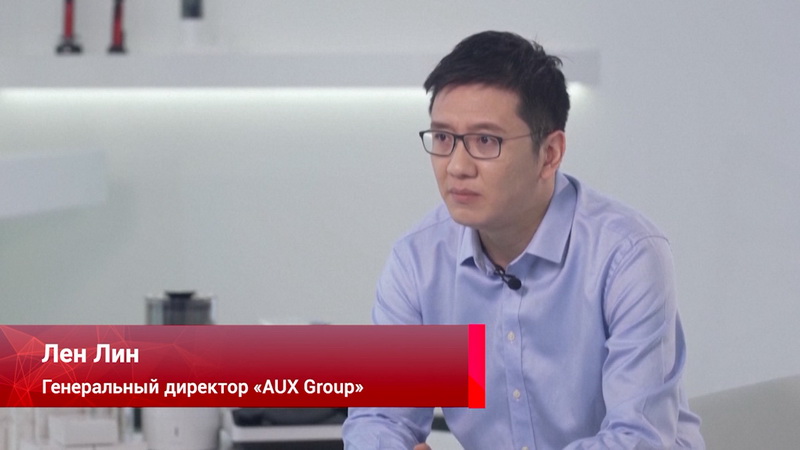 The companies are looking forward to the shopping festival "618", because sales for the first three months of this year were very low, and only in June their volume may amount to 13% of the annual. 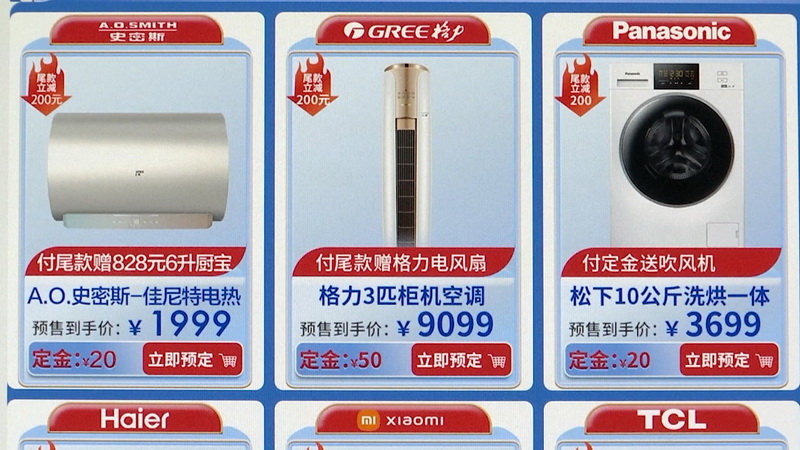 Camping has become a popular form of recreation among tourists from China during the Dragon Boat Festival, which this year fell on the first weekend of June. 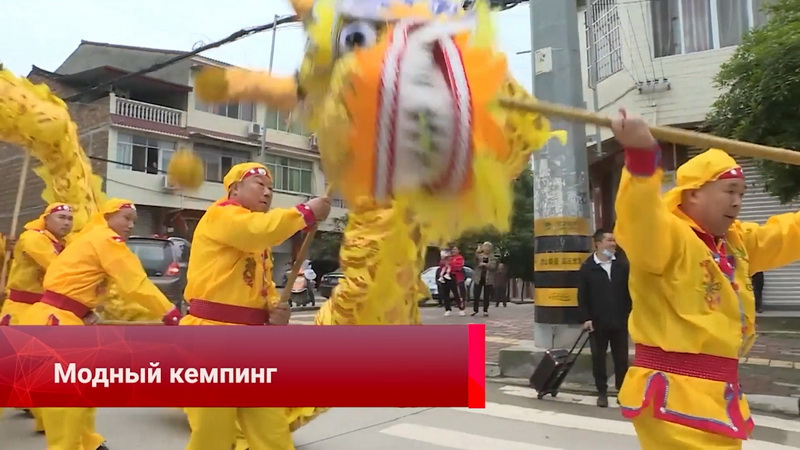 "Our weekend camping is fully booked, and tickets for the holiday programs are sold out." 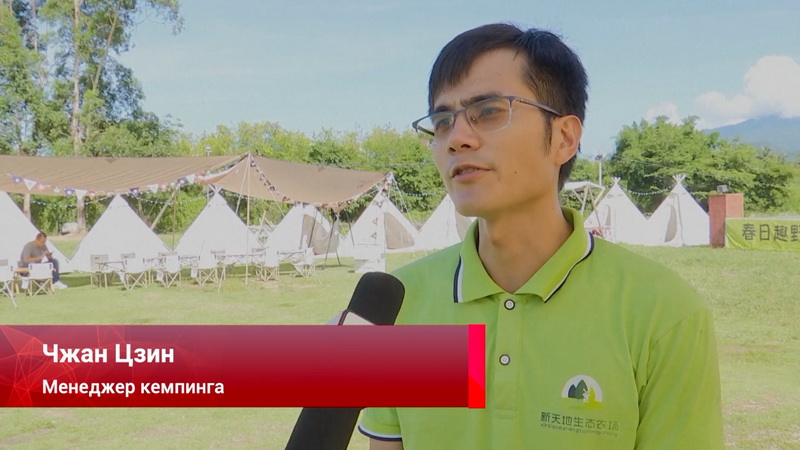 Travel agencies say: The demand for outdoor equipment has more than doubled compared to last year's Dragon Boat Festival. At the same time, prices remain stable: the average camping check is about 700 yuan per person, about the same as the rest cost this year for Labor Day and Qingming Festival. 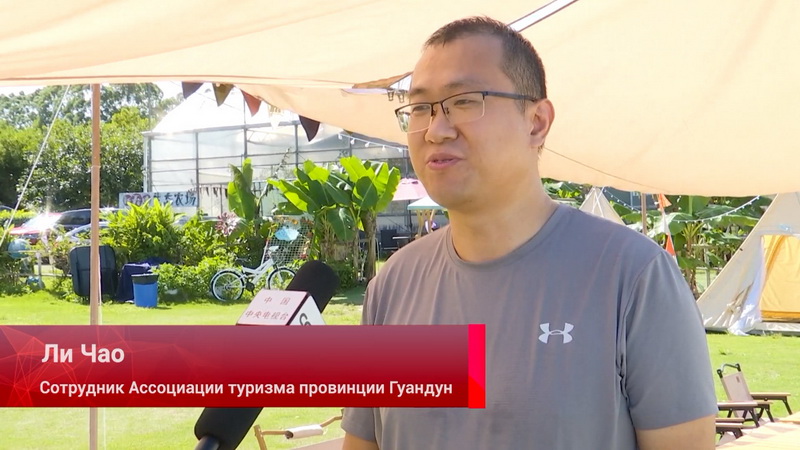 Li Chao, an employee of the Guangdong Tourism Association:

"Due to the pandemic, some tourists cannot travel far beyond their locality, so trips out of town on weekends and holidays are very popular. In addition, camping is a new option in many travel agencies. And it attracts young people by the fact that such a vacation involves a more intimate atmosphere and close social interaction." 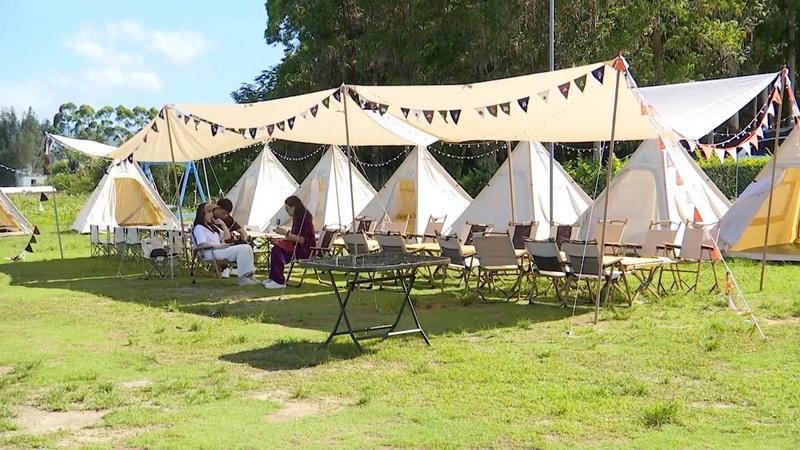 In other sectors of the tourism sector, there is also an increase in bookings: the demand for rafting, surfing and water parks is increasing. Over the past two weeks, the volume of booking rooms in premium hotels has increased by almost 20% compared to the same period last year, and the average price has fallen by 30%. 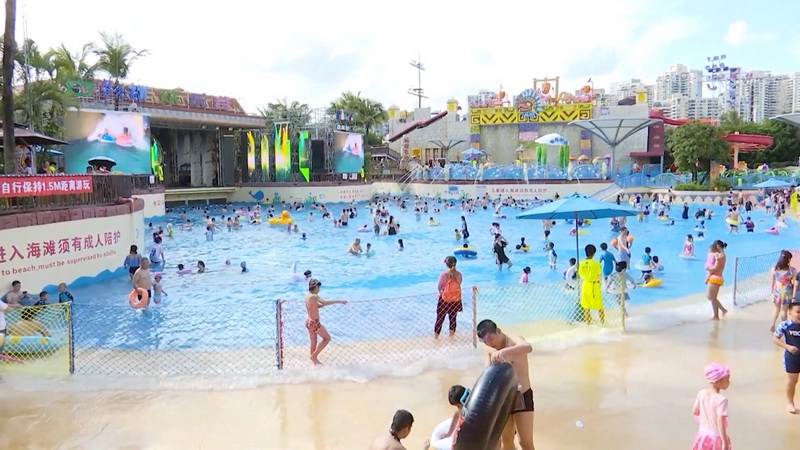 First Deputy Chairman of VEB: the bank is extremely interested in partnership with India 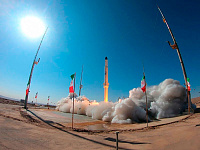