The SCO sees prospects for cooperation with ASEAN at the demonstration zone site in Qingdao.

The Shanghai Cooperation Organization (SCO) sees great prospects in cooperation with the countries of the Association of Southeast Asian Nations (ASEAN) at the site of the China SCO demonstration zone of regional trade and economic cooperation in Qingdao city (eastern Shandong province) . This was stated on Monday at opening in International Investment and trade exhibition and conference on regional trade and economic cooperation of the SCO countries in Qingdao, Secretary General of the organization Vladimir Norov.

The city of Qingdao, the secretary general believes, is the gateway for cooperation between the SCO and ASEAN countries. “That is why the interaction of the SCO countries with the ASEAN countries at the site of the demonstration zone in Qingdao opens up broad prospects, especially for the countries of Central Asia, which are the core of the SCO in solving the strategic task of direct access to seaports and transformation of the region into  "the largest crossroads of transcontinental highways from East to West and from North to South," he said.

To deepen such relations, it is necessary to pay attention to the issues of unifying transport standards, phytosanitary control, and building free transport links, Norov believes. According to him, the organizations also consider it expedient to build, with the assistance of a demonstration zone, the infrastructure of multimodal logistics centers on cross-border territories and along the transport routes of the SCO member countries, connecting different modes of transport. According to Norov, the formation of green corridors, the development of special algorithms for transit cargo transportation and the introduction of a one-stop shop in order to form the largest consumer market in the organization's space can become important mechanisms for this.

The trade and investment fair will be held on April 26–28 in Qingdao on the basis of the China SCO regional trade and economic cooperation demonstration zone, the creation of which announced at the organization's summit in 2018 by Chinese President Xi Jinping. The total exhibition area is about 21 thousand sq. square meters. In the exhibition complex, 18 countries, including Russia, presented their products at national stands.

The process of accession of Uzbekistan to the EDB launched

The Chinese presented an updated copy of the "Gazelle" 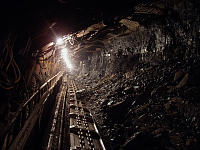