The company will focus on vehicles powered by alternative energy sources.

The Chinese company BYD announced the cessation of production of vehicles on combustible fuels. The company said in a statement on Sunday that it will focus on vehicles powered by alternative energy sources.

“As required by the development strategy, the production of vehicles running on combustible fuels has ceased from March 2022,” the statement said. BYD will continue to produce electric and plug-in hybrid electric vehicles (PHEVs).

The group will continue to manufacture all parts for previously purchased gasoline vehicles, as well as provide maintenance and repair services, according to its statement.

At the end of March, BYD reported on financial performance for 2021. According to official data, the company's revenue grew by 38.02% year-on-year and amounted to 216.1 billion yuan (about $33.9 billion). As for net profit attributable to shareholders, it was lower last year than in 2020: it fell to 3.04 billion yuan (477.9 million dollars). The corresponding figure fell by 28.08%.

At the end of 2021, BYD produced a total of 747.5 thousand cars. This figure increased by 74.79% in annual terms. At the same time, the share of gasoline cars amounted to 140.4 thousand units, which is 40.95% less than in 2020.
China cars BYD electric vehicles production TASS
|
Facebook
|
Twitter
|
VKontakte
|
Odnoklassniki 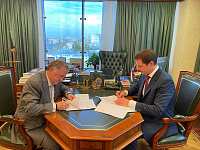 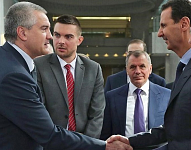 Crimea spoke about cooperation with Syria

India and UAE agree on settlements in rupees and dirhams

There will be more cars from China on the Russian market