Asia has overtaken Europe in terms of purchases of Russian oil

Asia has overtaken Europe for the first time in terms of purchases of Russian oil.

Asia overtook Europe for the first time in terms of oil purchases from Russia in April this year amid the refusal of a number of European countries to import Russian fuel due to the situation in Ukraine. This was reported on Friday by the Bloomberg agency, citing data from the analytical company Kpler.

According to the company, in May, the gap in favor of Asia for this indicator increased. The largest buyers are India and China.

Kpler notes that Russia now supplies a record amount of oil by sea. Thus, according to the company, as of May 26, tankers transported about 57 million barrels of Urals grade oil and about 7.3 million of ESPO grade (Eastern Siberia Pacific Ocean, "Eastern Siberia — Pacific Ocean"), whereas in February the volumes of tanker shipments of these grades of oil amounted to 19 million and 5.7 million barrels, respectively.

Bloomberg also reports that the Chinese oil company Unipec has increased the number of leased vessels for the transportation of Russian oil. In particular, in May, Unipec chartered at least ten tankers to transport ESPO grade oil from the Russian port of Kozmino, which is five times more than last month.
Russia Asia Europe oil procurement TASS
|
Facebook
|
Twitter
|
VKontakte
|
Odnoklassniki

Truck parking complex to be built in Ingushetia

China confidently leads the market for the construction of gas carriers

China now has new rules for the import of foreign equipment 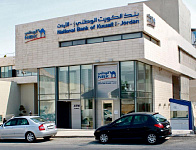 Introducing "Commonwealth visas" is proposed in the CIS

Iraq is set for a policy of openness for Russian partners

Tashkent and Bishkek signed a declaration on strategic partnership

The first skyscraper will be built in Novosibirsk