As global trade tensions escalate and a plethora of new agreements are being created, small businesses in Asia risk losing out if they don't keep up with the changes, writes Bloomberg.

The Asian Trade Enterprises Association (ABTA) - a non-profit group based in Singapore that represents more than 300 small and medium-sized enterprises in 19 countries - wants to make sure that doesn't happen. The group connects governments and businesses to determine how best to implement trade agreements, giving smaller firms unprecedented access to decision makers.

After Brexit, the US's withdrawal from multilateral trade agreements such as the Trans-Pacific Partnership (TPP) ), as well as the growing threat of protectionism, the business community has come to the conclusion that it needs a better way to get its message across.

"We haven't done enough yet to work with governments to figure out how to mitigate trade's downsides" ," said Steve Okun, president of ABTA and founder of APAC Advisors, a government and policy consulting firm.

The first thing you can do is work with small and medium-sized businesses," he added.

ABTA is also helping companies cope with rapid economic changes such as the rise of e-commerce and fintech.

"The biggest risk is the risk that we will not respond to changes in time,” said Ho Man Keith, Chairman of ABTA and CEO of the Singapore Business Federation. - You can't stop the development of technology. If we don't respond, there will be political and social pressure."

As Vesti.Ekonomika reported, on January 23, 11 TPP participants (without the US) met in Tokyo to discuss all the latest details of the deal. Expected that the final version of the agreement will be signed in March and the document will enter into force in 2019.

It will be one of the most ambitious trade agreements in the world: all members will receive free access to each other's markets, patent protection and environmental guarantees . 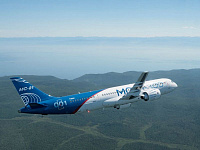 The offshore and coastal sections of the Turkish Stream are connected

The time of the Russian-Chinese energy forum has become known

The cost of the road from Vladivostok to Suifenhe announced