Armenia maintains the pace of integration development within the EAEU

The pace of integration development of the Republic of Armenia within the framework of the Eurasian Economic Union has been preserved.

The socio-economic situation in Armenia in 2019 has stabilized compared to 2018 in significant progress has been made in the development of the country. This was reflected in the improvement in ratings by Moody's and Fitch. The role of the Union states in the foreign trade of the republic has strengthened, financial ties with it have strengthened.

In the structure of deliveries of Armenian goods to the EAEU countries in 2019, the share of food products and agricultural raw materials increased, and in imports - mineral products. The stable positive dynamics of exports to the EAEU was achieved mainly due to the strengthening of corporate interaction with these states, which made it possible to expand foreign markets for Armenian enterprises, primarily light industry. The growth rate of exports of the Republic of Armenia towards the EAEU for the period under review turned out to be the highest among the participating countries.

Remittances continue to remain important for stimulating consumer and investment demand within the republic, as well as for improving its balance of payments balance as a whole. from abroad. Their volumes increased in 2019, which was facilitated by the resumption of receipts from Russia in the second half of the year. By the end of the year, the net inflow of investments from Russia also recovered. Financial support in the form of external borrowing from the EAEU countries has increased.

Armenia's presidency in the EAEU in 2019 was very productive in terms of expanding the external economic relations of the Union countries. Agreements on trade and economic cooperation with China and Iran came into force, free trade agreements were signed with Serbia and Singapore.

Cooperative ties with the EAEU countries, especially with Russia, were further developed. Enterprises from Armenia were included in the unified list of industrial associations ready to participate in the implementation of joint projects for the production of products for railway transport.

An international gold and silver exchange will open in India

The territory of advanced development in the Kuriles was expanded

In India, residents began to make protective masks from bread, baking them in the oven

Alexander Novak met with the Minister of Energy of Saudi Arabia 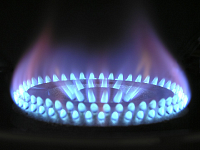 Russia can help gasification of the regions of Kazakhstan

Blagoveshchensk will become a "free port"