Aeroflot increases the frequency of flights to Istanbul and Antalya.

Starting from May 27, Aeroflot Airlines will increase the number of flights to Istanbul and Antalya, the company said in a statement.

Starting from May 27, Aeroflot will increase the number of flights to Istanbul and Antalya up to three flights daily. The flights will be operated on  Airbus A330 wide-body aircraft, - the carrier's message says.

Earlier, Aeroflot informed about plans to resume flights to Maldives from 13 May, flights are also planned to be operated by A330 aircraft.

Aeroflot's board of directors suspended flights to countries other than Belarus in early March following the recommendations of the Federal Air Transport Agency. He also plans to consider an early buyout of eight Airbus A330 aircraft from a financial lease.

Agroexpress with rapeseed oil will be sent to China from Barnaul

Russian energy supplies to Iran to begin in 2019 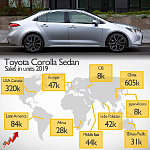 On June 2, SPIEF 2017 will host a session dedicated to business cooperation between Russia and India

Russia will soon start supplying the anti-cancer vaccine to Indonesia 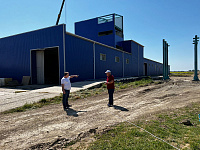