In the Krasnoyarsk Territory, a 22-kilometer section of the R-255 Siberia highway was protected with wear layers. We are talking about a site located on the & nbsp; 975 - 997 kilometers in the Rybinsk region.

Works here started in June this year. Before carrying out rough surface treatment, specialists filled in the cracks that appeared during the operation of the road. In addition, road signs were replaced on the renovated section, markings were applied with thermoplastic.

The technology of arranging wear layers on a section of the route with a traffic intensity of more than 5,000 vehicles per day made it possible to extend the life of the road surface, improve its transport and operational characteristics, and also ensured standard evenness and grip.

In 2021, it is planned to bring more than 83 km of highways to the standard condition, 54 km of them as part of a major overhaul. Work has already begun in the Yemelyanovsky, Balakhtinsky, Kansky, Minusinsk districts of the Krasnoyarsk Territory. 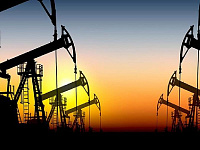 Russia and Iran will produce cars together

Chinese tourists master the "One Belt, One Road" 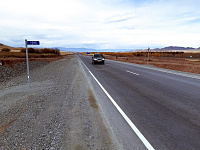 Russia has announced its readiness to increase wheat supplies to Vietnam

Mongolia to build an international transit highway between Russia and China

China to help Cambodia with $600 million