We were taught: "Any role is me in the circumstances"

Actor Arkady Sharogradsky told "Children of Eurasia" about the filming of the Chinese film "The Wandering Earth".

In 2019, Chinese director Frant Kuo created the disaster film The Wandering Earth. This film was the leader in the world box office for several months. The role of Russian cosmonaut Maxim Makarov was played by Russian actor Arkady Sharogradsky. Zhenya Kuzmina, a correspondent for the Children of Eurasia project, decided to ask Arkady Vladimirovich how the filming of the most sensational science fiction blockbuster in Chinese history went.

— Arkady Vladimirovich, tell us about how you got into Chinese cinema? Was there a casting or were you invited by the director?

— My friend and colleague, with whom we starred in the series "Military Intelligence", works in China. Once he gave my photo to the director, who was looking for an artist for the role of a Russian cosmonaut. I found out about this after filming. The director has made a choice. This is not the first experience when photography decides a lot. For eight years we have been playing the play "Cancun", which was staged by the famous Bulgarian director Yavor Girdev. The situation is the same - the director took the photo. When asked "Why me?" - Yavor simply replied: “This is what I need!” 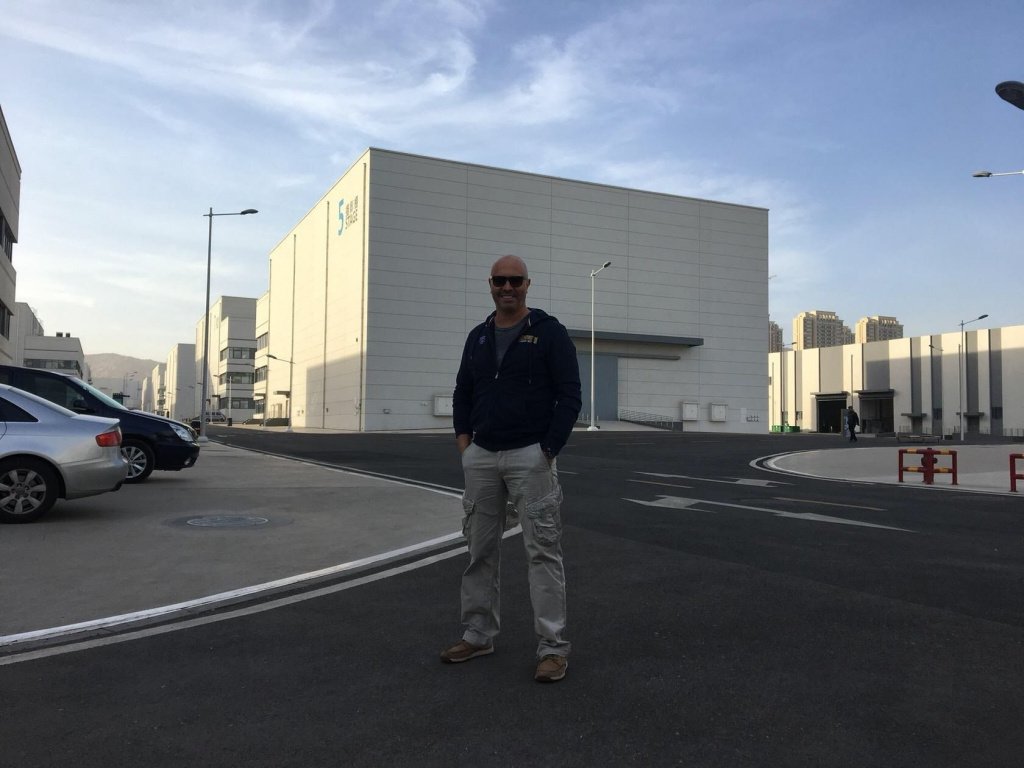 The role of Maxim Makarov is not like your other roles. How did you work on it? What did they do to get into the image?

— To be honest, I didn’t understand at all where I was going, what kind of movie, about what, what scale. True, they explained to me that the actor with whom we will be in the frame is the highest grossing in the history of China. War of the Wolves 2, in which he produced, directed and starred, grossed a record-breaking $870 million at the Chinese box office. On the set, many funny moments were invented right in the frame, for example: “It would be nice to eat fubo (soup) than to go into space.” I felt that something interesting was about to happen. In the sense that, on the one hand, my hero is a campaigner, and on the other, a person with principles who can go against accepted norms. But there was not much time to dive into the role. The suit, for example, was put on me right before the shoot. They did not let them settle down in the giant station built in the pavilion. It seemed odd for a film with a $50 million budget. But in general, they clearly knew what they wanted, and this is what they got. In any case, the collections, which exceeded 700 million in China alone, confirm this.

— That is, relations with the spacesuit began to be established right in the frame?

— Here, just had a few workouts with a fantastic group of stuntmen. The suit was not much lighter than the real one. He sat perfectly. But I prefer to settle down in a costume and space, otherwise the character’s credibility collapses if the viewer feels that it’s not your clothes, your chair, car, etc. Although acting skills allowed me to play a married couple with an actress whom I met 15 minutes before start of filming.

— You know, we were taught: "Any role is me in the circumstances." You just change and exacerbate the circumstances in which you find yourself. But Maxim is a symbiosis of humor, duty, warriors, loyalty to friendship and principles. It turned out to be an interesting type, but it doesn’t quite look like me, although I like to joke and tell an anecdote, but in a peak situation, like Makarov ... I don’t know. If they asked me: “Look like? Yes or no?" - I would say "No". 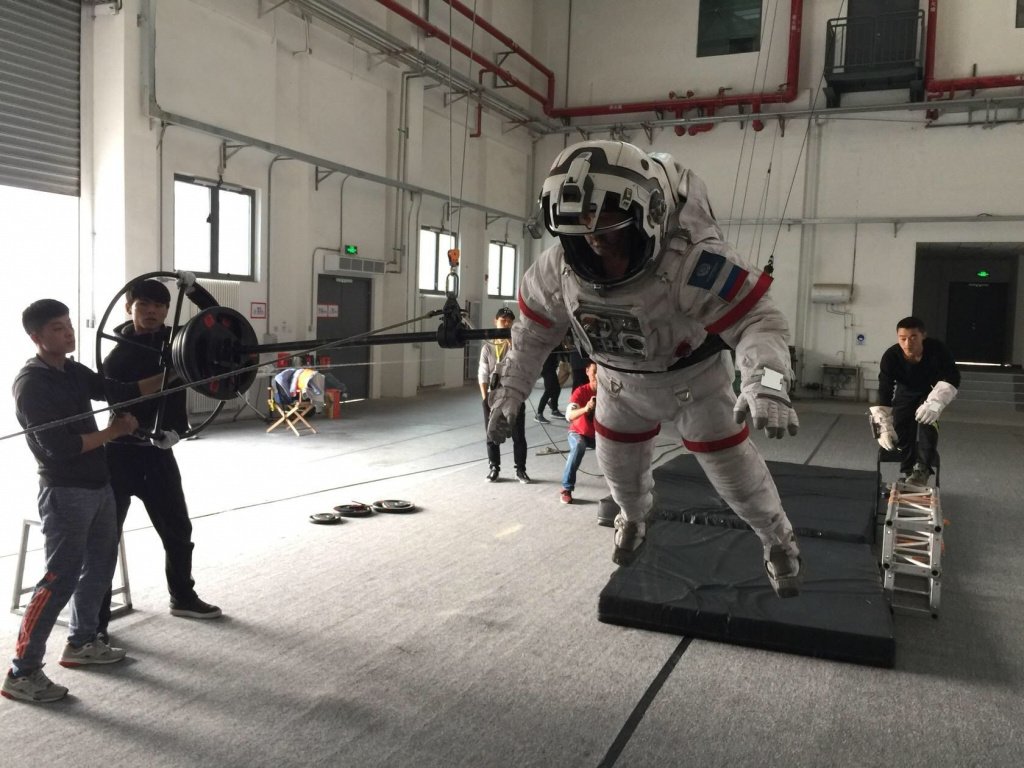 — Tell us about life on the set. How do the actors live, how does the day go?

— I had a dressing room where you can relax. But it turned out that there were three other people there all the time - two translators and an assistant. In China, personal space is not so reverent. 50 meters from the dressing room there is a film set with a model of the station. It took forty minutes to put on the suit, the same amount of time it took to hook us up by the ropes. The shooting day lasted 12-16 hours, the scenes in "outer space" took, on average, four hours. If we filmed for several days in a row, it was physically hard, but we tried to take off the spacesuits as little as possible to save time. For breaks, we were hung up on special unloading hooks. 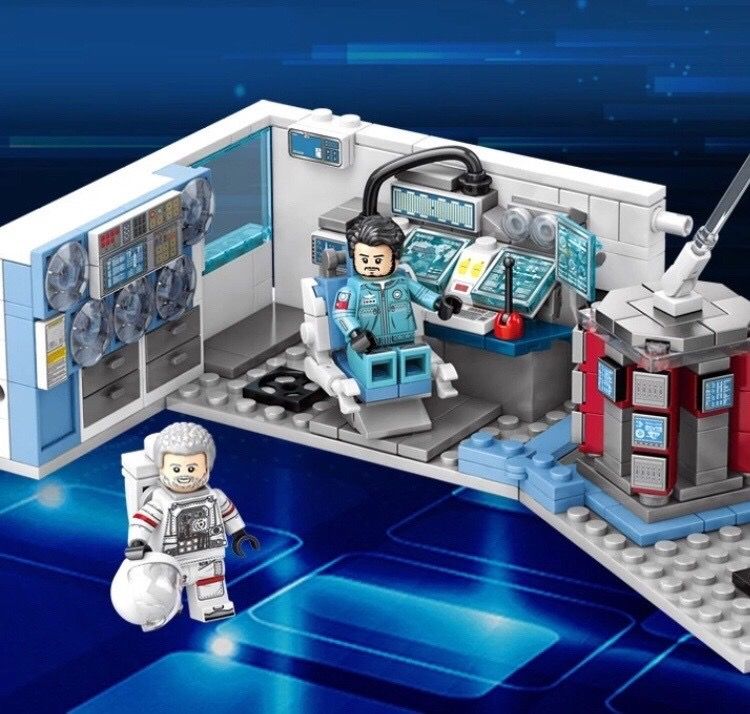 — The LEGO company has created a children's construction set based on the film. Tell us more about it.

— LEGO or not LEGO, I don't know. I was sent this designer without packaging. What can I say — good plastic! Our pair with Liu Peicang in different versions, both in spacesuits and without. The scenery is recreated quite similarly. I sent the photos to the director, and he didn't even know that the toy industry was using the images from the film with might and main! Surprised!

- Probably, every person in childhood dreamed of becoming an astronaut at least for a moment. Did you have such a dream? Did it come true?

— There was no dream, but it came true! Flying and spinning training while being hung up created a feeling of weightlessness. You are surrounded by people who dress, "prepare you for spacewalks." Although around the scenery, you still feel like an astronaut. Acting curiosity was satisfied. No, as a child, I did not dream of being in a confined space with dubious food for a long time. Rather, I wanted to try as many professions and destinies as possible. But I am aware that being the only Russian who played a Russian cosmonaut as a positive character in a sensational foreign film is no easier than getting into space! Yes, and China itself, the city of Qingdao, a giant, the largest and most modern studio, hundreds of people working amazingly well-coordinated, made a cosmic impression. Therefore, consider yourself in space!