As the organizers emphasized, the exhibition is being held for the first time.

According to the organizers of the event, the exhibition is aimed at improving the transport infrastructure in the Eurasian space, deepening international cooperation in the field of logistics, raising the quality level of contacts between regions in the implementation of complex tasks in the field of optimizing transport corridors in Eurasia.

“This is our new exhibition project, - notes the Secretary General of the Eurasian Peoples' Assembly, Chairman of the Organizing Committee of the exhibition Andrey Belyaninov. – We invited enterprises and companies from Russia, the countries of the Eurasian Economic Union and the Shanghai Cooperation Organization, the European Union, operating in the field of road, sea, air transport and transport infrastructure. The countries and peoples of our mainland are vitally interested in being connected by comprehensive and convenient transport corridors that would form powerful sectors of national economies.

In her speech at the opening of the exhibition, the First Deputy Secretary General - Head of the General Secretariat of the Eurasian Peoples' Assembly Svetlana Smirnova recalled the importance of promoting the ideas and values of Eurasian integration.

“Greater Eurasia is three-quarters of the population planets and one third of the land. It is important for us that the peoples of different countries cooperate with each other both in economic and humanitarian issues. Today we are talking about the New Silk Road, transit container transportation via the Trans-Siberian Railway from China to Europe, the launch of the Trans-Eurasian Development Belt, the Eurasian High-Speed Transport Corridor Moscow-Beijing through Kazakhstan, the International North-South Transport Corridor and many other projects. I am sure that the participants of the conference, which will be held as part of our exhibition, will be able to answer the question: how real or myth are all these transport corridors and what is needed in order to really implement them,” said Svetlana Smirnova. 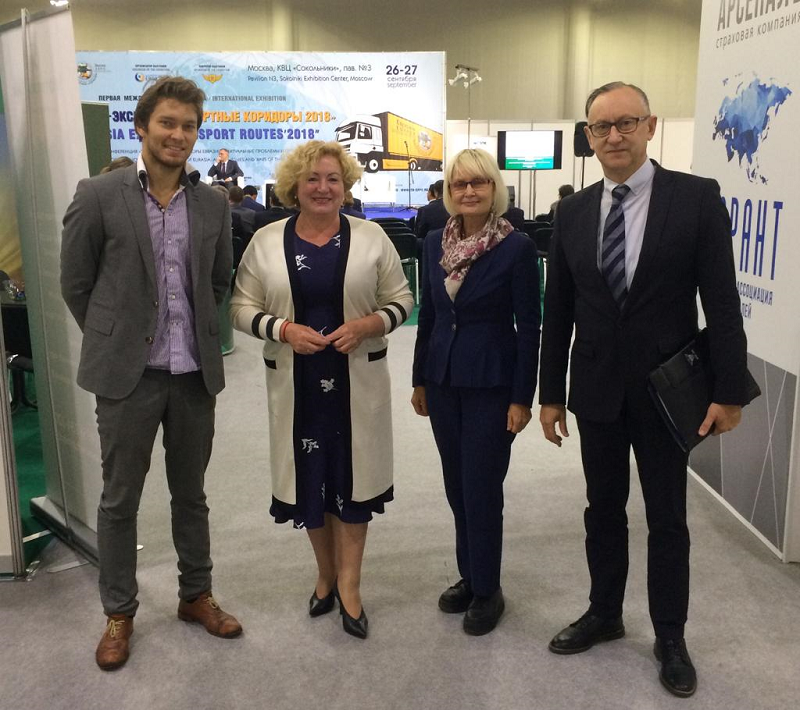 The First Deputy Secretary General thanked the leadership of the Eurasian Economic Commission, the Ministry of Transport of Russia, the Administration of the Astrakhan Region, representatives of the Embassy for their assistance in organizing the exhibition and conference Iran, Azerbaijan, India, Afghanistan. “I would like to sincerely thank you for the fact that, together with the Eurasian Peoples’ Assembly, for the first time we can hold such an important event,” First Deputy Secretary General Svetlana Smirnova emphasized.

This year, the central event of the business program will be the conference "Transport Corridors of Eurasia: Actual Problems and Ways to Solve Them", organized by the Council for International Economic Activities of the Eurasian Peoples' Assembly and the Association "Non-Commercial Partnership "Promoting the Development of Foreign Economic Activity"". Its participants will touch upon the development of transport corridors of Eurasia, connecting the countries of North, South and Southeast Asia with Europe, and passing through the territory of the CIS countries.
Based on the results of the Conference, its participants will prepare a joint transport routes of Eurasia. As the organizers emphasize, the document will be sent to the authorities of the participating countries of these routes. – Eurasian Development Bank. And on the sidelines of the exhibition, an exhibition of photographs of the Eurasian project “Children. Flowers. A life". In addition, a special cultural program has been prepared - a performance by ethno-groups of the countries of Eurasia, through which the international transport corridor "North-South" passes.

The work of the international exhibition "Eurasia Expo: Transport Corridors 2018" will last from September 26 to 27. 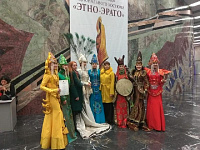 The Secretary General met with the Chairman of the WARMS Board 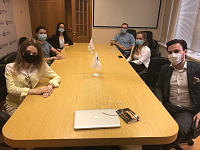